To acquire the new Bitcoin reserves, Cypherpunk liquidated its holdings of Monero (XMR) and Ethereum (ETH), alongside partial proceeds from a private placement of $505,000 CAD that closed on August 27.

Cypherpunk Holdings, which trades on the Canadian Securities Exchange, manages other privacy-focused businesses, including Wasabi Wallet and Samourai Wallet. The firm also has a stake in Hydro66, a green cloud infrastructure platform, and smart contract protocol Chia Network.

With the acquisition, the Bitcoin Treasuries platform now ranks, Cypherpunk in the 12th position among public companies with more Bitcoin holdings.

In the recent past, more publicly trading companies have been converting their cash reserves into Bitcoin as the asset increasingly becomes a formidable alternative form of wealth.

Notable companies to follow the trend include MicroStrategy, which converted most of its cash holdings into Bitcoin. The company now has 38,250 BTC after nearly doubling its holdings in 2020.

In October 2020, other companies like Square and Galaxy Digital Holdings also converted most of their cash reserves into Bitcoin.

The asset has been gaining momentum after withstanding the effects of the coronavirus market crash. It performed better than most stocks and traditional forms of wealth like gold. More institutions are betting on the asset to return more value during periods of economic turmoil. 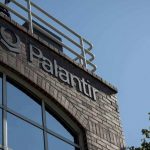