Digital World Acquisition Corp (NASDAQ: DWAC) had climbed marginally by the end of the closing bell on Thursday, November 10, trading at $22.76 +$0.21 (0.93%). However, DWAC is still up a further +$5.76 (33.88%) over the past five trading sessions despite significantly retracing from $29 earlier in the week, leaving investors wondering where it will trade by the end of this year.

The marginal gain came after investors responded negatively to the current election results in the United States, which weighed on Digital World Acquisition shares. DWAC’s stock price as a special purpose acquisition corporation (SPAC) attempting to merge with Trump Media & Technology Group, owner of the TRUTH Social app, has fluctuated per the ex-President’s controversies.

Notably, while speaking at two separate campaign events over the weekend, Trump gave strong hints that he will seek reelection in 2024. However, when asked by reporters when he would make the official announcement, he indicated it would depend partly on how well his Republican candidates fared in Tuesday’s elections.

The fact that multiple candidates favored by former President Donald Trump fared poorly in their individual elections is the most important piece of information for traders to take away from this election. Many of Trump’s endorsed candidates didn’t perform as well as expected, and that news hit morale among DWAC stock traders when markets first opened.

DWAC has traded in a wide range over the last month, ranging from $15.57 to $29.80. It is now trading in the center of this range, suggesting that some resistance may exist above. There are two key areas to consider while analyzing resistance. Resistance is at $27.90 and $28.96 from a daily time frame trend line. Meanwhile, support from a horizontal line in the daily time frame may be seen at around $16.27.

Recent events have shown some promising signs of progress, but when seen over a more extended period, this trend remains unfavorable. A favorable trend may be seen in the short term, but there is no discernible direction in the long run. In the last few trading days, the volume has been much greater than usual, which is exactly what you want to see during a solid upward move.

Even though DWAC is trading below its 50 and 200-day simple moving averages (SMA), the stock is currently trading above its 20-day SMA by 24.37% as a result of recent positive action.

DWAC’s technical analysis (TA) indicators on the 1-week scale show mixed results. The weekly summary gauge is a ‘buy’ zone at 10, while the moving averages point to a ‘buy’ at 8. Meanwhile, the weekly oscillators are still not refusing to budge from their ‘neutral’ position, with 8.

For the last two months, the SPAC has been working on getting enough shareholder votes to extend the time available to finalize the merger while also dealing with continuing inquiries by the Securities and Exchange Commission.

However, DWAC bulls will need Trump to officially declare his candidacy in order to become excited. Because this scenario is becoming less likely right now, a move back to support around $16 could be on the cards by December 31, 2022. 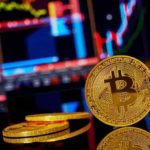 Bitcoin’s Relative Strength Index drops to its weakest in history