Data points regarding world economies seem to be bleaker by the quarter, mostly signaling fear in the markets and worrying trends developing in a post-pandemic world. Often, such news influences market participants to either sit on the sidelines or exit risk assets altogether.

On October 5, new data on the second quarter of 2022 from Eurostat offered insights into the battered European economy, struggling with inflationary pressures, an energy crisis, and potentially an upcoming recession.

Among other highlights, the household savings rate dropped by 13.7%, while business profit share decreased by 39.8%, indicating a worrying trend in the euro area.

Despite these troublesome data points, the household investment rate remained constant at 10.1% in the second quarter of 2022.

The household savings rate was compared to an increase in consumption in the euro area by 3.5%, which was larger than the growth of gross disposable income, which increased by 1.7%. This discrepancy further decreased the savings rate compared to previous periods.

Stabilization of the business investment rate was helped by growth rates in business gross fixed capital formation and gross value added, which rose by 2.2% and 2%, respectively.

Despite the seemingly negative data from the euro area, certain aspects indicate that the economy is still holding together. The challenges of a cold winter could further deteriorate the data points and make the ominous predictions surrounding a recession come true faster than initially expected. 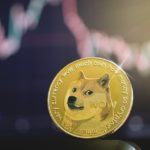