Despite multiple governments and regulators taking an exceptionally careful and even skeptical approach to the cryptocurrency sector, earning them criticism in the industry, Italy appears to be subjecting crypto companies that are seeking approval to operate on its soil to less scrutiny than other countries.

Indeed, Italy has secured regulatory approval for 73 crypto companies, including Coinbase, Crypto.com, and Binance, in a relatively short period – since May 2022, as CoinDesk’s Sandali Handagama reported on October 5.

This means that these firms are now part of the country’s registry, which signals they are compliant with Italian anti-money laundering (AML) standards. The Moneychangers Registry, launched on May 18, is managed by the Organismo Agenti e Mediatori (OAM), the supervisory body that also maintains lists of financial agents and credit brokers.

That said, the authority admitted to CoinDesk that it was still unsure about the ways to collect the relevant information from the crypto firms being added to the registry and that it might not start doing so before 2023.

In other words, the crypto companies in the registry are currently not being vetted or their fund flows controlled despite the legal requirement to be registered with the OAM to continue their activities in Italy.

According to Francesco Dagnino of the law firm Lexia Avvocati which handled some of these applications:

“Italy is probably, as far as I’m aware of, the jurisdiction with the most simple process. It’s just a registration.”

The only requirement demanded from the companies applying to be added to the list so far is to provide 10 pieces of information that include the firm’s name, email address, web address, tax or fiscal code, as well as any physical points of operation such as crypto ATMs.

Additionally, the applicants need to provide a “registered office and, if different from the registered office, the administrative office, or a “permanent establishment” in Italy if their office is in a different EU state, as the OAM told CoinDesk.

Stance toward crypto in EU and other jurisdictions

On the other hand, the European Securities and Markets Authority (ESMA) has declared crypto a potential threat to financial stability due to its volatility and lack of regulation, as expressed in a recent report.

Moreover, the European Central Bank (ECB) President Christine Lagarde has warned that crypto presents an obstacle to the role of central banks acting as an ‘anchor’ of the economy, while digital assets could lead to the free banking era.

Recently, the United Kingdom’s regulator Financial Conduct Authority (FCA), hit back at criticism over its handling of licenses for new crypto operators, stating that its stringent measures are part of its standards similar to other jurisdictions.

Meanwhile, Japanese regulators are ramping up initiatives to regulate the use of crypto in criminal activities by introducing new remittance laws that will prevent criminals from using crypto exchanges to launder money, as Finbold reported. 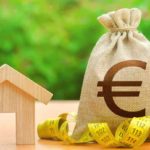