As the turn of the year is approaching, the cryptocurrency sector is still struggling with the consequences of the collapse of the crypto trading platform FTX, including Ethereum (ETH), which has recently been recording modest gains at best.

Meanwhile, the machine learning algorithms at the digital asset tracking website PricePredictions set the price of Ethereum at $1,197.14 on January 1, 2023, according to the recent data retrieved by Finbold from the platform on December 23.

In line with this, the algorithm, which relies on indicators like the moving averages (MA), moving average convergence divergence (MACD), Bollinger Bands (BB), and relative strength index (RSI), projects a 1.86% decline compared to the price of Ethereum at present.

In terms of the sentiment on the 1-week gauges, they are also in the negative zone for Ethereum, suggesting ‘sell’ at 13, as summarized from oscillators pointing at ‘buy’ at 2 and moving averages indicating a ‘strong sell’ at 13, according to the data retrieved from TradingView.

The bearish predictions arrive as the New York-based crypto exchange Paxful announced the delisting of Ethereum from its platform because the exchange’s co-founder Ray Youssef believes it lacks decentralization due to its transition to the Proof-of-Stake (PoS) validation protocol.

At the same time, payment processor Visa (NYSE: V) has proposed an ‘account abstraction’ system that uses smart contracts and can be deployed to facilitate automated programmable payments on Ethereum, according to the company’s leadership post.

With a market cap of $149.30 billion, Ethereum maintains its position as the second-largest cryptocurrency by this indicator, preceded only by Bitcoin (BTC) at $324.11 billion, according to the latest CoinMarketCap data retrieved on December 23.

It is also worth mentioning that the Bloomberg Intelligence senior commodity expert Mike McGlone has recently said that Ethereum could outperform Bitcoin during the next bull market due to its ‘unshaken’ advances against it since 2021. 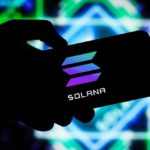