To forecast the future value of XRP, the token at the heart of a highly publicized lawsuit, the cryptocurrency community is turning to indicators as the dispute between Ripple and the Securities and Exchange Commission (SEC) enters its third year.

Notably, the machine learning algorithms at the crypto tracking platform PricePredictions have predicted that the price of XRP on January 31, 2023, would stand at $0.339721, according to data retrieved by Finbold on January 3.

Notably, towards the backdrop of 2022, XRP whales and sharks were taking advantage of the token’s recent price correction to accumulate, breaking records by increasing the percentage of supply held to 7.23%, as well as growing the number of these addresses to 1,617, as Finbold reported.

Notably, crypto trading expert, Michaël van de Poppe suggested that XRP was encountering fierce resistance at the $0.37 level, noting that based on the recent movement, the preference is to see the token reclaim the $0.343 level relatively quickly. The trader noted on January 2 that he wants to see XRP hold $0.33 before an upwards rally.

Elsewhere, TradingView’s technical analysis (TA) indicators on 1-day gauges were dominated by the bearish sentiment. The summary of the gauges aligns with the ‘sell’ sentiment at 14, while moving averages point to a ‘strong sell’ at 13. Lastly, for oscillators, the gauges are for ‘neutral’ at 8.

With still no outcome in the latest Ripple v. SEC court case update, ultimately, the lawsuit’s decision is anticipated to affect the hopes of XRP. For instance, if the case is resolved in favor of the blockchain company, investors could feel more optimistic about the future of XRP.

For the time being, investors will need to actively follow the daily happenings of the case, market movements, and AI price projections when tracking the price of XRP. 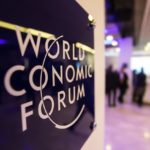