Representatives from Visa, Macquarie, the Commonwealth Bank, and JP Morgan all said that their consumers were driving them to give more cryptocurrency-related services on the opening day of Blockchain Australia’s five-day Blockchain Week conference in Sydney.

Commonwealth Bank of Australia (CBA), Sophie Gilder, told delegates at a conference that the bank was working on new products for both retail and institutional investors as per The Sydney Morning Herald.

Sophie Gilder also stated that the bank had received an overwhelming response to its initial launch of in-app cryptocurrency trading, despite it being under the radar of Australia’s regulatory watchdog.

“Its the full spectrum of customer needs that we would like to fulfil in a measured and steady manner, partly because you need regulation and partly because it needs an extremely solid business case,” she said.

Commonwealth Bank to double the size of its crypto team

According to Ms. Gilder, the Commonwealth Bank planned to more than double the size of its crypto and blockchain team in the coming months, and it would be boosting its investment in the field by a considerable amount.

In the wake of Russia’s invasion of Ukraine, Bitcoin and other popular cryptocurrencies initially struggled to hold their value, with the asset class plummeting by over 10%. Since then, however, the flagship digital currency has climbed back above $40,000 and is currently stabilizing around this level.

Anthony Jones, Visa Australia’s head of innovation and fintech, also emphasized cryptocurrencies growing popularity, stating that it was now “well and truly mainstream,” citing a recent study conducted by the payments company that revealed that 93% of Australians were aware of cryptocurrency.

“This widespread mainstream adoption is very much here, and we believe it’s here to stay,” he said.

On March 20, Finbold reported that Australia is gearing for a major move on regulating cryptocurrencies.

Australian authorities have announced plans for a comprehensive revamp of payment system changes that will include provisions for digital currencies, bringing the country’s cryptocurrency industry into line with a growing number of other nations considering such measures.

According to the country’s Minister for Financial Services, Jane Hume, the government’s goal is to guarantee that all cryptocurrency participants operate within a regulated ecosystem in the face of the rising adoption of various digital assets.

“The government can’t guarantee your crypto any more than it can guarantee a painting or a share in a company, and nor should it. But we can make sure Australian exchanges, custodians and brokers work within a regulatory framework that is better, safer, and more secure,” she said.

Taxation of cryptocurrency, investor protection, and regulation of digital banks and crypto exchanges will be the primary emphasis of the proposed regulations. 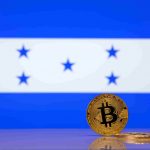