As Bitcoin continues to experience high volatility, a section of the cryptocurrency community is betting that the asset might correct further.

The remaining 44.5% members of the community believe the asset will trade higher than the $32,500.

Over the last three months, Bitcoin’s value has corrected significantly dropping below the $40,000 level. By press time, the asset was trading at $37,600.

Amid the volatility, the market is looking for any support level that might anchor the asset’s new rally. In this line, prominent crypto trading expert Michaël van de Poppe notes that Bitcoin must break past the resistance in the $39,400 to $39,500 zone to sustain an upward trajectory.

According to Poppe, if Bitcoin turns the level into a support zone, it will likely return to the crucial $46,000 level.

Notably, Bitcoin has continued to drop, failing to hold the $40,000 level, consequently placing $30,000 in play. The drop comes amid heightened geopolitical tensions between Russia and Ukraine.

The tensions have taken attention away from the inflation and interest rate hikes that have appeared to impact the general market.

Despite the choppy prices, several market analysts believe that the asset will likely hit another all-time in the near future. According to our previous report, the co-founder of the cryptocurrency exchange Huobi, Du Jun, stated that Bitcoin might not experience another bull run until late 2024.

Gareth Soloway, the chief market strategist at InTheMoneyStocks.com, has also projected that the number one ranked cryptocurrency might correct further to about $17,000. However, Soloway has maintained that the volatility will be short-term.

Soloway also believes that the $46,000 level is critical for the asset to embark on another rally.

Despite the correction, there are some positives from the Bitcoin network. As reported by Finbold, the amount of Bitcoin locked in the Lightning Network has hit an all-time high of 3,479 BTC as of February 22, 2022. 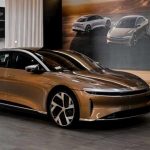