Netflix (NASDAQ: NFLX) show Stranger Things helped the company recover some of the shareholder’s confidence back a few months ago.

Currently, the show still represents a gift that keeps on giving, as it is the only program to stream a billion minutes per week, according to data released by Nielsen for the week of July 11-17.

Among the top 10 ranked video-on-demand (streaming) programs Netflix and Amazon (NASDAQ: AMZN) are dominating the list, while Disney (NYSE: DIS) and Roku (NASDAQ: ROKU) are not on the list at all.

In the last month, NFLX has been trading in a wide range between $188.40 to $251.62, with the long-term trend still negative. Prices have been rising strongly lately; therefore, it may be a good idea to wait for a consolidation or pullback before considering an entry.

Based on AMZN’s recent performance, both the short-term and long-term trends are positive, being one of the better performers in the overall market, outperforming 82% of all stocks. In the last month, AMZN has been trading in the $113.15 to $144.60 range, with the support line at $139.66 and the resistance line at $143.60.

TipRanks analysts have given a ‘strong buy’ rating consensus to Amazon, seeing the average price in the next 12 months reaching $176.04, 22.63% higher than the current trading price of $143.55.

Nielsen streaming ratings incorporate viewing from six prominent streamers: Amazon Prime Video, Apple TV+, Disney+, HBO Max, Hulu, and Netflix, also covering movie minutes. Netflix dominated the movie minutes as well, showing that they perhaps have the most complete streaming platform or at least the most popular one for now. 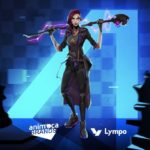