The Cardano blockchain has witnessed significant growth in the last year and has sustained that development ahead of the impending Valid hard fork, as seen by a rise in the number of wallets holding the network’s native coin, ADA.

Interestingly, on December 24, 2021, the number of Cardano wallets was 2.5 million. Since then, more than 1 million ADA wallets have been added.

According to statistics acquired by Finbold, the total number of ADA wallets stands at 3,500,565 as of August 2, using data from Cardano Blockchain Insights.

Given that Cardano hit 3 million wallets on February 3, Cardano has managed to add over 500,000 new holders in the last six months despite the crypto market crash.

It’s also worth mentioning that Finbold also reported that Cardano-based smart contracts surpassed the 3,000 on August 1 for the first time.

With the latest Vasil hard fork on the horizon, Plutus Scripts (a Cardano-based smart contracts platform) continue to climb, seeing the effect of the September 2021 Alonso hard fork, which included the incorporation of smart contract functionality, improving Cardano’s scalability and performance.

In particular, the Alonso hard fork enabled Cardano to provide members of the developer community access to a platform for developing applications related to decentralized finance (DeFi) and programmability.

He also observed that progress is being made ‘steadily and systematically’ in the appropriate direction.

“We’re kind of in the final stages of testing in that respect. So unless anything new is discovered, I don’t anticipate that we’ll have any further delays.”

Hoskinson also said that there are just a few “edge cases” that need to be solved, and he expressed optimism that the Cardano team would be ready to provide an update with further news around the middle of August.

Currently, as things stand Cardano is trading at $0.5076, up 0.94% on the day and a further 7.34% in the last week, according to data retrieved from CoinMarketCap. 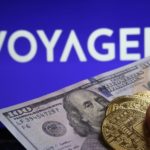