Bitcoin (BTC) is experiencing a consistent winning streak that has emerged for the first time since the 2020 pandemic period with attempts to exit the bear market. As Bitcoin pushes to establish a solid rally, the latest data indicates that the number of individuals likely holding the token is also rising.

In this line, data acquired by Finbold indicates that as of January 13, the total number of Bitcoin unique holders stood at 43,540,424, according to CoinMarketCap data.

The number of current Bitcoin holders represents a share of about 0.54% of the global population of 8,010,885,391 at the time of publishing, as per Worldometer data. Therefore, it can be deduced that every 184th person globally potentially owns some Bitcoin.

Additionally, a previous Finbold report in August 2022 pointed out that at the time, every 226th person globally owned Bitcoin valued between $1 and $99.99. However, it is essential to note that in some instances (as in our previous report),  a single individual can own several Bitcoin addresses.

Bitcoin ownership and the bear market

Bitcoin is currently making inroads to exit the bear market after weeks of sideways trading. In 2022, the asset dropped to record lows, a zone that potentially attracted new investors buying in the dip. In most cases, a price drop presents an opportunity for investors who believe in the maiden cryptocurrency’s future to accumulate as the fear of missing out (FOMO) kicks in.

In recent years Bitcoin’s adoption has been aided by developing countries where the asset offers tangible benefits, such as a possible solution for devalued local currencies. The countries are dominated by significant inflation, with Bitcoin standing out as a likely hedge.

For instance, with Bitcoin operating in an environment of high inflation and devaluation of most global currencies, BTC recorded an influx of investors who viewed the asset as a hedge to profit from arbitrage alongside being used for efficient transactions, wealth preservation, e-commerce, and remittances. Indeed, crypto proponents maintain these factors are likely to aid the asset’s adoption.

Notably, the increasing number of Bitcoin holders highlights the state of the maiden cryptocurrency’s adoption curve. In this line, the holder changes indicate Bitcoin’s progress towards the much sought mainstream adoption.

The potential of Bitcoin is further highlighted by a previous Finbold report indicating that the asset’s blockchain accounted for over $8 trillion in transactions across 2022 despite the depressed markets.

Although there is progress in Bitcoin ownership, the trajectory still faces several obstacles along the way, impacting investor confidence. Indeed, with the crypto market still facing uncertainty in terms of volatility, potential investors will likely remain on the fence. Furthermore, regulatory scrutiny remains a significant barrier to fully adopting the asset.

Bitcoin is now targeting the $20,000 position after breaching key support levels. By press time, BTC was trading at $19,956 with daily gains of over 6%. On the weekly chart, Bitcoin is up 18%.

Elsewhere, the gains have come as Bitcoin records increased buying pressure translating to a market cap of $383.93 billion. 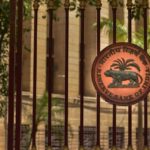