The value of XRP is now targeting new highs, profiting from the ongoing crypto market rally while ignoring any uncertainty around the regulatory outlook. Notably, the token has breached new resistance levels amid sustained buying pressure.

By press time on January 23, XRP had a market capitalization of $21.72 billion, representing an inflow of about $1.04 billion within 24 hours. As of January 22, the token controlled a market cap of $20.68 billion, according to CoinMarketCap data.

Indeed, the buying pressure has acted as a catalyst for the asset to breach the $0.40 resistance level. XRP is currently changing hands at $0.43 with daily gains of almost 5%, while on the weekly chart, the sixth-ranked digital asset by market cap is up over 10%.

It is worth noting that XRP consolidated below $0.40 for several weeks as the asset failed to find any bullish triggers from the Securities and Exchange Commission (SEC) and Ripple case Notably, breaching the $0.40 is crucial for the asset to reclaim $0.50 and eventually $1.0.

In reclaiming the $0.50 level, XRP bulls need to target $0.45. At the same time, plunging below $0.40 could invalidate the asset’s bullish charge.

Elsewhere, the XRP technical analysis on TradingView is predominantly bullish. A summary of the one-day gauges aligns with the ‘strong buy’ sentiment at 16. Moving averages are also for a ‘strong buy’ at 14, while oscillators remain neutral at 8.

The increasing buying pressure in XRP has generally been fueled by the broader market gains, considering the asset is facing uncertainty regarding the outcome of the Ripple and the SEC case. Currently, the community is awaiting the final judgment after all the briefs were filed.

Notably, the gains coincide with the moment when several Ripple executives, led by CEO Brad Garlinghouse, have expressed optimism that a resolution in the matter will come in the first half of 2023. The team is also confident of winning the matter.

Besides the case, the XRP community believes the token has strong fundamentals of the Ripple company and its growing presence in the global financial system. The company’s technology is used by major financial institutions worldwide to facilitate cross-border transactions.

In any case, the inflow of over $1 billion into XRP’s market cap within a day is a promising development for the asset at this critical juncture. 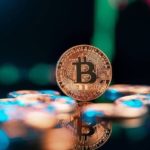