The case between blockchain firm Ripple and the Securities and Exchange Commission (SEC) is now awaiting the final ruling per the latest updates from the involved parties.

In particular, United States attorney James Finlan has revealed that all matters likely to influence the final judgment have been filed before the court with the focus turning on the presiding judge, he said in a tweet on January 19.

Based on the update, it can be interpreted that the parties, Ripple and the SEC, alongside other interested participants, have made the necessary filings, including motions for summary judgment and motions to seal all materials relating to the case.

Ahead of the much-awaited summary judgment, the crypto community is still speculating on the ideal date for the ruling. Initially, Finlan had indicated that the matter might be decided by March.

At the same time, as reported by Finbold, Brooks Entwistle, Senior Vice President of Global Customer Success at Ripple, hinted that based on insider word, the case will be concluded this year. The executive expressed confidence that Ripple remains optimistic about the possible outcome, noting that they had done everything in their power.

At the same time, Ripple’s CEO Brad Garlinghouse, who has also been sued, stated that he expects the matter to be concluded in the first half of this year.

“The case is now fully briefed in front of the judge. <…> We are optimistic that this will certainly be resolved in 2023, maybe the first half. We’ll see how it plays out from here, but I feel very good about where we are relative to the law and the facts,” Garlinghouse said.

In the meantime, legal experts are speculating on the ruling, with most projections centered around a win for either party or a possible settlement.

Considering that the SEC is suing Ripple for selling unregistered securities in the form of XRP tokens, the outcome is likely to impact the crypto market.  Ripple’s General Counsel, Stuart Alderoty, also warned that the ruling could have a far-reaching impact on the future of the United States crypto industry.

Meanwhile, the focus has been on XRP, as it will likely be the first to be impacted by the decision. Indeed, if the matter is ruled in favor of Ripple, it could be a bullish sentiment for XRP and vice versa. In this line, industry players recently shared their views on the possible impact on XRP if Ripple wins the case.

By the time of publishing, XRP was still attempting to reclaim the $0.40 level that has acted as a significant resistance position. The sixth-ranked token market is trading at $0.39.

The asset is currently controlling a market cap of $19.94 billion. 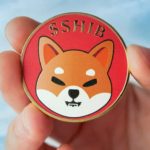