Shiba Inu (SHIB) holders had been gradually rising over the previous three months, but the decentralized cryptocurrency has recently lost about 55,000 holders in a matter of only ten days.

The total number of unique addresses on the network that were holding the dog meme currency had been steadily increasing until March 17, when it saw a significant decrease by 32,832 holders in a single day.

Now the last decline marks the ninth consecutive of which the number of holders has fallen as interest in the asset seems to be dwindling.

Earlier in March, Finbold had revealed that the amount of on-chain transactions involving the Shiba Inu token had declined for the fourth month in a row. During the period January to February 2022, this figure had decreased from 283,268 to 257,003, a decrease of 9.27%.

Why is SHIB losing holders?

On March 17, the Bored Ape Yacht Club, a collection of non-fungible tokens (NFTs), announced the introduction of its new cryptocurrency token, ApeCoin (APE) sparking considerable interest in the cryptocurrency market.

When APE first launched, the token’s value skyrocketed to above $40 before plunging precipitously to roughly $8.50 a short time later. However, the token had an immediate comeback, with its value increasing by almost 70% in only 24 hours.

Given the same time frames, it is conceivable that there was a change in the enthusiasm and buzz around the current popular animal-themed cryptocurrency, which may have led to a movement from SHIB to ApeCoin.

As previously mentioned, the number of on-chain transactions for the digital asset have been on the decline.

Additionally, Google data shows that interest in the search ‘Buy Shiba Inu coin’ has been declining as of late, with the Google Trends score dropping from 100 on November 30, 2021, to just three on February 28, indicating a reduction in the interest of an astounding percent during this period.

Currently, Shiba Inu is trading at $0.00002506, up 2.65% in the last 24 hours and 14.74% in the last week. However, despite the climb, the broader crypto market has also experienced overall growth reclaiming $2 trillion total market capitalization.

As things stand, the total market worth of the meme token is $13.7 billion, as, despite a drop in holders, investors continue to buy Shiba Inu Coin. 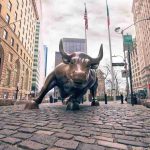