As the cryptocurrency market struggles to recover in the midst of a bearish crisis that has affected most of its assets, meme coin Shiba Inu (SHIB) has recorded a drop in the number of transactions as its popularity starts to wane.

In June, the total number of SHIB transactions stood at 157,889, the lowest value for the last 15 months, as data retrieved on July 4 from blockchain analytics website bloxy.info demonstrates.

The drop in transactions aligns with the steady downward trend that the dog meme token has been recording over recent months. Specifically, the number of SHIB transactions in May stood at 209,702, which means that June saw 24.7% fewer transactions.

Moreover, between January 2022 and June 2022, the transactions declined by over 44%. Over the last 15 months, the highest transaction amount was recorded in October 2021, when they surpassed 1.38 million.

This peak in transactions was recorded during one of the highest crypto bullish runs, which culminated in Bitcoin (BTC) hitting an all-time high of almost $68,000 in November 2021. Since then, its transactions have been going downhill, with most of the SHIB token holders losing money.

That said, Shiba Inu briefly showed signs of strength in late June, when the dog coin found itself at the lead of the top 100 cryptocurrencies in terms of daily gains, thanks to climbing 3.73% over the previous day.

In May, Finbold reported that the digital asset had attracted more than 30,000 investors over the course of a month, and the number of holders as of July 3 was 1,192,584, which means that Shiba Inu has been recording slow increases since dropping to 1,174,956 on June 4.

At press time, SHIB was trading at $0.0000102, managing to increase by 3.10% in the last 24 hours but still recording a 7.25% decline across the previous seven days, according to CoinMarketCap data.

What’s more, the chief developer of Shiba Inu, Shytoshi Kusama, tweeted on July 3, “Today I write. Tomorrow I will have a LOT to say #Shibarmy.”

Ultimately, there are still great hopes for new SHIB initiatives and projects, and any positive statement made by Kusama might have some effect on the price. 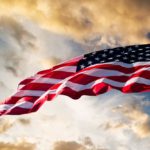