Meme cryptocurrency Shiba Inu (SHIB) continues to undergo a week of heightened volatility losing $7.26 billion from its market cap over the period. As of November 3, the market cap was at $35.14 billion plunging to $27.88 billion at the time of writing.

The coin that has experienced unprecedented success this year was also trading at $0.000048, having dropped 10% in the last 24 hours while the seven-day losses stand at 21%.

The coin’s correction in value has been initiated by several factors; however, whale activity is speculated to be the main trigger for the drop. The volatility emerged early last week after a whale made four transactions of ten trillion (10,000,000,100,000) SHIB to four different wallets. At the time, a single transaction was valued at around $586 million.

Notably, SHIB is potentially staring at further correction considering that most of the cryptocurrency market is rallying led by Bitcoin. Over the recent weeks, the token has witnessed an increased inflow of capital that contributed to the all-time high.

Furthermore, if the inflows into the token came from other cryptocurrencies, then SHIB might experience further outflows as investors aim to cash in on other rallying assets.

Generally, the coin’s current price movement contrasts last month’s status when it surged 300%. At some point, SHIB even overtook Dogecoin and became one of the top ten cryptocurrencies by market cap.

However, Shiba Inu is still making headlines despite the short-term correction, with more investors potentially aiming to buy at the new low prices. As we previously reported, between October 10 and November 8, 2021, the number of Shiba Inu holders surged 31.1%, from 706,808 to 926,684.

The growth of SHIB also emanated from the social media conversion around the coin. In this line, the meme coin was the most mentioned cryptocurrency globally on Twitter in October.

There is also a possibility SHIB will continue to gain further exposure if the token earns listing on popular retail investment platforms. Already fans of SHIB are pushing the token to be listed on Robinhood. A petition to list SHIB, titled “Kindly request of Robinhood to list Shiba Inu coin!” has gathered at least half a million signatures.

Elsewhere, SHIB, which is based on a dog Shiba Inu, has led to increased demand for the breed in real-life correlating with interest in the token. 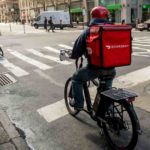