Over half a million people have signed an online petition calling for the Shiba Inu (SHIB) to be listed on the Robinhood trading platform, as the decentralized tokens price recovers after a week in the red.

Notably, the petition to list SHIB, headed “Kindly request of Robinhood to list Shiba Inu coin!” has gathered 503,615 signatures as of the time of writing on the petition website Change.org, making it the number one ranked petition on the platform.

After losing almost $15 billion in a single trading week, the dog meme coin based on the Ethereum network is currently trading at 0.00005849; SHIB is up 16.4% in the past 24 hours and down but by 20.69% in the last week, according to CoinMarketCap.

At the same time, it’s worth noting that Shiba Inu is currently the fourth most traded cryptocurrency asset in the previous 24 hours, behind only Tether USDT, Bitcoin BTC, and Ethereum in terms of volume, with over $11 billion moved in total.

Shiba Inu was made accessible for trading, buying, selling, and storing on the cryptocurrency trading platform Coinbase in the overnight hours of November 5, allowing residents of New York to purchase the asset. Over 20 million inhabitants now have the option to acquire the token.

Elsewhere, one SHIB who whaled notably shifted 40 trillion tokens (equal to around $2.3 billion) out of one wallet and dispersed it across four different wallets. There was conjecture that the whale, whomever they may be, is prepared to liquidate their assets due to this development, which may have had a hand in the tokens depreciation.

Nevertheless, as recently as November 5, an Ethereum whale purchased $7,872,191 worth of SHIB, according to etherscanner.io.

Additionally, Dogecoin (DOGE) and Shiba Inu have become the most popular digital assets on Indian cryptocurrency exchanges, recording the highest trading volume in the previous week.

To highlight that, according to data compiled by Finbold, interest in the search phrase ‘Buy SHIB’ has hit a three-month high on Google Search, as seen by numbers from Google Trends, which measures the popularity of search queries on the internet. 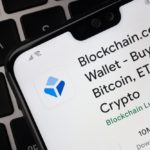