Investors are interested in where Tesla will end the year since it is one of the most actively traded stocks. Coin Price Forecast, which uses data science and machine self-learning technology for stocks and cryptocurrencies, has predicted that the price of Tesla will climb by the end of the year.

TSLA’s overall performance in the market is below average, and recent evolutions are not that optimistic as prices have been falling firmly lately; it is better to avoid new long positions here, and both the long and short-term trends are negative.

In terms of resistance, a resistance zone ranging from $181.93 to $182.21 is formed by combining multiple trend lines and important moving averages in the daily time frame.

The short-term technical analysis (TA) for TSLA on the 1-week gauges is relatively bearish. For instance, the summary gauge points to a ‘sell’ sentiment at 14 while moving averages (MA) suggest a ‘strong sell’ at 13.

Meanwhile, the oscillators point to ‘neutral’ at nine, according to the data obtained from the market analytics platform TradingView on December 13.

Despite the negative short-term technical analysis, on Wall Street, 43 analysts have given a ‘buy’ consensus rating for the stock. Notably, 22 experts advocate a ‘strong buy,’ and five a ‘buy.’ Elsewhere, 13 recommend ‘hold,’ and 3 collectively have opted between ‘sell’ or a ‘strong sell.’

Based on analyst stock evaluations for Tesla over the last three months, the average price forecast for the next year is $288.14; the target indicates a 71.69% upside from its current price and is higher than the Coin Price Forecast prediction.

A merry Xmas for Tesla

Tesla stock finished the day on Monday at a new two-year low, going against the wider market strength and as December losses appear ready to exceed November’s and October’s double-digit reductions. This goes against the market trend as a whole, which has been strong.

Investors continue to have concerns over Tesla’s production, notably in China, even though the firm has refuted past reports that implied output reduction in the largest auto market in the world.

All in all, the price of Tesla shares has fallen by almost 14% so far during December, and investors are keeping their fingers crossed that the EV industry leader will be able to turn things around before the year is through. 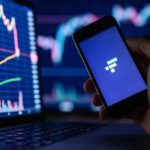 FTX Token slumps into abyss as Sam Bankman-Fried gets arrested