The Cardano (ADA) community is gearing up for the Vasil hard fork that will enhance the decentralized network’s scalability and overall usability. Despite the ongoing crypto market volatility, there are projections that the upgrade will likely trigger a rally in the price of ADA.

In this line, crypto trading expert Michaël van de Poppe believes that ADA will likely target the $1 level ahead of the upgrade, noting that the asset has not witnessed any upward movement before the update, he said in a YouTube video on September 17.

According to Poppe, the lack of significant momentum in the price of ADA ahead of the blockchain upgrade will be the primary catalyst for a potential rally after the September 22 event.

“We basically have no momentum and hype going towards the Vasil hard fork as no clear run upwards has been taking place prior. This brings massive opportunities if the Vasil hard fork is going to take place in a positive manner which is quite similar to the Ethereum (ETH) Merge. In that case, a run towards $1 isn’t unexpected around this event,” Poppe said.

The expert also compared Cardano’s upgrade and the Ethereum Merge update that turned out to be a ‘buy the rumor sell the news’ event. He noted that this might not be the case for ADA because the market is attempting to embark on a bullish rally.

“The standard ‘buy the rumor, sell the news’ concept might not be the case here as we are looking at a potential switch of the bear market towards a bull market which has caused Cardano to drop. <…> If the hard fork sustains it wouldn’t be normal to assume that we’re getting positive continuation based on that fundamental shift instead of downwards movements,” he added.

Interestingly, Poppe pointed out that ADA’s price has corrected alongside other altcoins as Etrheruem gained the spotlight amid the Merge upgrade. Therefore, he expects the spotlight around Ethereum to fade with altcoins ready to break out.

Notably, the hard fork will also include improvements to Plutus, Cardano’s smart contract platform. The changes will make it possible for developers to design blockchain-based apps that are more powerful and efficient. Notably, Cardano continues to record growth after launching the smart contracts feature in 2021. In this line, as of August 1, Cardano-based smart contracts stood at 3,002.

Overall, Cardano has continued to record increased activity in adoption and capital inflow ahead of the Vasil hard fork. For instance, on September 5, Finbold reported that ADA added over $2.1 billion in market capitalization within seven days.

At the same time, Cardano revealed that it had formed a partnership with the Georgia National Wine Agency. The partnership alongside the Bolnisi Winemakers Association and Scantrust seeks to expand Georgia’s wine industry by implementing a traceability solution powered by the Cardano blockchain.

It is worth noting that since its inception, the Cardano network has undergone significant developments in a bid to take on established platforms like Ethereum.

Cardano is also witnessing increased activity in the non-fungible tokens space (NFTs). For instance, as of September 8, the network had almost 7,000 NFT projects with 15 marketplaces that have attracted a trading volume of approximately $459 million. 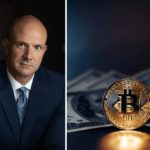 Macroeconomist: Bitcoin can benefit the U.S. in creating an 'economic boom'