News of Elon Musk buying Twitter (NASDAQ: TWTR) was noteworthy in and of itself; however, new reports coming out are more shocking by the day. The initial potential beneficiaries, the shareholders, have been on a wild ride ever since Musk offered to buy the social media company.

On October 20, CNBC’s Fast Money members discussed Musk’s announcement that he plans to cut 75% of Twitter’s workforce. The initial reaction by the market was to punish Tesla (NASDAQ: TSLA) shares which ended the last trading session down over 6%, as markets try to get to grips with what will happen with the Twitter buyout scenario.

Moreover, during the last earnings call for Tesla, Musk claimed that he and other investors are overpaying for Twitter, yet, he sees long-term value in the social media company.

At the time of writing, TWTR shares are down 9.52% in premarket trading as more details emerge on Musk’s plan to gut Twitter employees after the takeover.

In the last month, TWTR has been trading in a wide range from $40.66 to $52.70 while currently remaining below the range and all daily moving averages. It’s also worth mentioning that technical analysis indicates a support line at $47.98 and a resistance line at $49.17.

The expectation for the final date for the completion of the Twitter deal for Musk is Friday, October 28, which makes his comments about the job cuts more worrisome for current Twitter employees.

Elsewhere, the US government is considering running a security review of Musk’s deals, including the one with Twitter. Whether Musk buys Twitter in the end, is anyone’s guess at the moment, as shareholders brace for the possibility of more volatility in the share price. 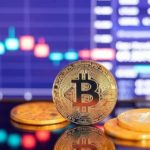