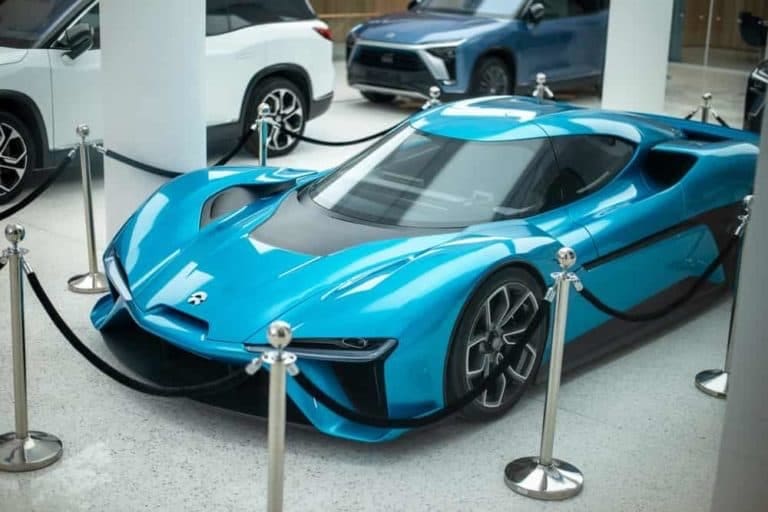 Despite the fact that Nio delivered slightly fewer cars than Li in the third quarter, the company generated around $1.5 billion in total revenue, compared to Li’s approximately $1.2 billion.

The medium-term outlook for NIO has been bleak, but recent price action suggests that things are beginning to turn around, although it is trading in the bottom half of its 52-week trading range.

In the previous month, NIO has traded in a broad range of $37.45 – $44.27; it is now changing hands in the center of this range, which suggests that some resistance may be found above the current price.

Although NIO is trading below its 200-day simple moving average (SMA), the stock is currently trading above its 20- and 50-day SMA, which is an overall good sign for the stock’s trend.

Nio demonstrates a reasonable setup pattern. Price consolidation has occurred recently, and volatility has been lessened as a result. A vital resistance zone begins around $41.03 and extends slightly above the present price.

Different trend lines and significant moving averages in multiple time periods establish a resistance zone spanning from $41.03 to $41.66 for investors trying to enter the market. While the lowest level of support is located at $34.26 from a trend line in the daily time frame.

Elsewhere, 9 Wall Street analysts have offered a 12-month price target with an average price set at $60.44. The highest forecast is at $87, while the lowest prediction is $45. The average price target represents a 49.38% change from the last price of $40.46.

A majority of the analysts at eight recommend buying the NIO stock, while one advocated for holding it.

Generally, Nio should immediately profit from the continued growth in the market, but that is not the only thing the firm is banking on. Nio plans its expansion outside China extending its operations into Europe, where Nio will introduce new models next year, including the highly anticipated ET7 luxury car.

Notwithstanding all the above, the company’s stock has underperformed compared with its closest rivals, including Tesla (NASDAQ: TSLA), XPeng (NYSE: XPEV), and LI, especially when factoring in its Q3 earnings results.

It’s worth mentioning that one of NIO’s closest direct rivals, XPeng, intends to supply between 34,575 and 36,500 cars in the fourth quarter and is on target to deliver 15,000 vehicles each month as a result of the development of its manufacturing facilities.

As the EV industry grows, it is probable that those firms will continue to increase their sales and deliveries. NIO must address supply difficulties as soon as feasible to avoid losing market share and falling behind the competition.