The price of XRP has recently faced rejection at critical positions as the asset continues to be affected by various factors, from legal to general market sentiment.

Indeed, crypto trading expert, Michaël van de Poppe has suggested that XRP has encountered harsh resistance at the $0.37 level noting that based on the recent movement, the preference is to see the token reclaim the $0.343 level relatively quickly, he said in a tweet on December 30.

However, according to Poppe, there is likely a significant amount of liquidity on the downside that could be taken if the price does not bounce back. He compared the current situation with XRP to the performance of Bitcoin (BTC).

In this line, he pointed out that investors should keep an eye on the $0.265 level, which is seen as a key support level for XRP.

“This one looks a bit odd, as we’ve seen a harsh rejection at $0.37. I’d prefer to see $XRP reclaim the level at $0.343 relatively fast; otherwise, a ton of liquidity is on the downside to being taken (comparable with Bitcoin). $0.265 massive support,” the trader said.

It is worth noting that XRP has traded sideways in recent weeks after failing to find any bullish triggers in the case between Ripple and the Securities Exchange Commission (SEC). Additionally, the asset is also reeling from the effects of the FTX crypto exchange collapse.

Elsewhere, a cryptocurrency analyst by the pseudonym TradingShot on TradingView highlighted that XRP could reverse into a bullish trend if it breaks above 2021 lower highs.

In this case, the analyst stated that the bullish trajectory could be reactivated if the token also breaks above the 0.618 Fibonacci level.

“On the long-term, we can only expect XRP to reverse into a bullish trend if it breaks above the 2021 Lower Highs and ideally the 0.618 Fibonacci level where it failed on September 23, thus making the first Higher High in more than 1.5 years,” the analyst said.

The analyst added that XRP has also ‘been making low flights’ since the FTX crypto exchange crash.

Currently, XRP is changing hands at $0.34, having corrected by over 2% in the last 24 hours. On the weekly chart, the token is down over 3%.

Elsewhere, XRP’s recent rejections have delayed the asset’s possible ascendance to the $0.40 resistance position, which acts as a crucial level toward reclaiming $0.50.

As things stand, the machine learning algorithm at PricePredictions projects that the digital currency will enter the new year on a bearish note to trade at $0.33 on January 1, 2023.

In the meantime, the ongoing SEC case remains the most fundamental aspect of XRP’s price projection. Indeed, the case outcome will likely have both a bearish and bullish sentiment on the asset. 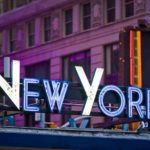