As the new year approaches, XRP investors are wondering what the future holds for the sixth-ranked cryptocurrency by market capitalization. One major factor that could impact its performance is the ongoing legal case between Ripple and the Securities and Exchange Commission (SEC).

As a reminder, the SEC filed a lawsuit against Ripple Labs, alleging that it had sold unregistered securities in the form of XRP tokens. The case has been ongoing for three years, with both sides making final submissions and awaiting the ruling.

Many XRP investors are hoping that the new year will bring a resolution to the case, despite the uncertainty on the final judgment date. However, pro-XRP lawyer John Deaton had projected the final ruling could be made either April or May next year.

Notably, if the regulator ultimately wins the case, it could have severe consequences for XRP and its investors alongside the general cryptocurrency market. In particular, the agency could fine Ripple Labs and require the company to register XRP as a security.

Consequently, such a decision would likely push XRP to be handled the same way as traditional securities, which could limit its adoption and use.

On the other hand, if Ripple can defend itself against the SEC’s allegations successfully, it could be a significant victory for the company and a bullish sentiment for XRP. However, it is essential to note that the case outcome remains uncertain despite Ripple recording minor wins during the hearings.

At the same time, as reported by Finbold, United States attorney Jeremy Hogan had projected that the case could go either way. According to the attorney, the presiding judge could also offer a surprising ruling in the case.

By press time, XRP was trading at $0.34, recording daily losses of about 1.7%, with the asset failing to breach the crucial $0.40 resistance level.

Elsewhere, XRP technical analysis is bearish, with a summary of the one-day gauges recommending ‘sell’ at 15 while moving averages are for a ‘strong sell’ at 14. Oscillators are ‘neutral’ at 9.

In the meantime, the machine learning algorithm at PricePredictions indicated that XRP is likely to trade at $0.33 on January 1, 2023.

Notably, as both parties await an update on the final ruling, the case continues to record new developments from interested parties. In particular, per a Finbold report, the court has granted a motion by lawyer Lewis Cohen to appear in the case on behalf of crypto-centered investment firm Paradigm.

Additionally, SEC continues to face criticism after filing a motion seeking to seal critical documents in the case. Critics of the regulator argue that SEC is going after established entities like Ripple while failing to prevent incidents like the FTX crypto exchange collapse. 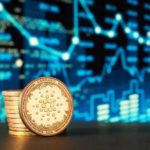