XRP has recorded phases of high price volatility in recent weeks as the token’s community monitors the progress of the ongoing cases between the Securities Exchange Commission (SEC) and Ripple.

Indeed, XRP is undergoing selling pressure, resulting in the cryptocurrency losing $4.87 billion in market capitalization within a month. By press time on December 7, XRP’s market cap stood at $19.04 billion, representing a monthly drop of about 20% from $23.91 billion recorded on November 11.

Elsewhere, the selling pressure has impacted the token’s price, which has plunged by 20% over the same period. As things stand, the seventh-ranked cryptocurrency by market cap is changing hands at $0.38.

Notably, the focus has been on XRP bulls to push the asset’s price past the crucial $0.40 position. The level is a key resistance level for XRP and will likely allow the token to hit $0.50. Elsewhere, if the selling pressure is sustained, XRP faces a possible further correction to $0.35.

Impact of the Ripple case

Interestingly, the XRP has lost a share of its capitalization despite Ripple registering minor wins in its battle with SEC. In this line, legal analysts have projected that the case might be ruled in favor of the blockchain firm amid speculations that the two parties will likely settle the matter.

Some notable wins include a decision by the presiding judge to overrule SEC’s attempt to withhold the documents relating to former Division Director William Hinman. The contentious documents entailed a speech by Hinman where he said Ethereum (ETH) was a security.

It is worth noting that, in the course of the minor wins, XRP recorded a short-term spike in price, partly defying the general crypto market’s downward momentum.

Overall, the month-long sell-off in XRP can be attributed to the general crypto market price correction that has resulted in most assets consolidating in an attempt to find a bottom for a new rally. Indeed, the token still faces the impact of prevailing macroeconomic factors like rising inflation alongside the fallout from the FTX crypto exchange collapse.

What next for XRP?

In the meantime, the focus of the XRP community is on the SEC case as the matter nears a conclusion. The ruling will help ascertain which assets can be classified as securities under United States laws. At the moment, both parties have made their final submission briefs.

Notably, the case outcome will likely impact XRP’s price, with several technical analysis indicating a bullish outlook for the digital currency. As reported by Finbold, based on a machine learning algorithm, XRP would likely trade at $0.427 on December 31, 2022. 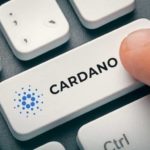