Metaverse crypto projects have exploded in popularity over the last couple of years because they allow users to enjoy immersive experiences inside digital environments.

In particular, crypto metaverse projects, which range from decentralized digital worlds to tokenized assets, are altering the dynamic between programmers and users in the virtual world.

As January draws near, Finbold has performed an in-depth analysis of five of the most prominent metaverse-related cryptocurrencies now available on the market ranked by their market capitalization on CoinMarketCap.

ApeCoin (APE) is ranked 30 by its market worth of $1.296 billion. APE is trading at $3.59 at the time of publication and is up 2% over the last seven days. As of December 22, ApeCoin also entered the top 10 list of most purchased assets among the largest whales on Ethereum.

Notably, earlier in December, ApeCoin launched its much-anticipated staking program. More than 57.5 million APE staked within it, worth $247 million.

Back in March, holders of the Web3 collective’s two major non-fungible tokens (NFT) collections—the Bored Ape Yacht Club and the Mutant Ape Yacht Club—received an airdrop of the token, which serves as the native currency of the Yuga Labs environment.

APE reached a high of nearly $22 per token during trading in the days leading up to Yuga Labs’ auction of land in the Otherside metaverse in April.

Internet Computer (ICP) is another metaverse token that is ranked in the top 40 by market cap; ICP is second on the list of metaverse projects by market worth. Many long-term performance initiatives are still actively developing. The same is true for ICP, with the majority, if not all, of this research, aimed towards recreating the internet using Web3.

Internet Computer is a blockchain on which you can build web apps and decentralized applications; after receiving much hype during the launch, many developers got ready to build dApps on top of it. The ICP token, currently trading at $3.88, is the leading utility and governance token of the Internet Computer blockchain, which features a host of use cases within the IC blockchain.

The Theta Network (THETA) is one of the most well-known cryptocurrency projects that is now investigating the problems presented by the metaverse. It is a blockchain network that was developed specifically for video streaming.

The Theta Network seeks to deliver customer-centric services such as education, esports, and films at a reduced cost, better content, and a fairer business structure with the specific intention of transforming the video streaming industry.

Finally, the Theta Network supports VR worlds, video APIs, and video-metaverse, making it ideal for use in the Metaverse. As things stand, THETA is currently trading at $0.7622, with a total market worth of $762 million.

Axie Infinity is one of the most well-known NFT metaverse games, and during the height of its popularity in 2021, it attracted more than one million active players. It is a player vs. player (PvP) game produced in 2018 by the Vietnamese technology-focused gaming company Sky Mavis.

Tokens in the game are referred to as Axie Infinity Shards (AXS) and are primarily utilized for governance and staking. AXS owners can purchase, sell, and trade the asset, as well as stake it for weekly rewards, which will contribute to the holders’ total profits.

Finally, The Sandbox (SAND) blockchain is another play-to-earn crypto game designed in the style of a metaverse.

As a metaverse, The Sandbox is built on top of the Ethereum blockchain, the leading platform for smart contracts. Players can acquire virtual property, which may then be used to construct, manage, or monetize gaming experiences. The Sandbox is a platform that essentially gives users the ability to build their own games, engage with the games that other users have made, and win rewards in the form of tokens.

In addition, Sandbox has a bustling NFT marketplace where users may purchase tools, NFTs, and even LAND to construct their own games. The whitepaper for this project states that there are only 166,464 individual pieces of LAND that are now held as NFTs.

Lastly, the SAND token is trading at $0.44 with a market worth of $661 million at the time of publication. 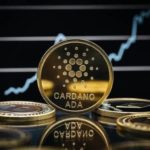