After a major upgrade in September 2021, the Cardano (ADA) blockchain ecosystem has continued its tremendous growth – in terms of new features and updates, as well as buyer interest, but especially in the number of smart contracts added to the decentralized network.

Indeed, according to data acquired by Finbold, Plutus (a Cardano-based smart contracts platform) has recorded dramatic growth between April 8 and May 8. In this period the largest Proof-of-Stake (PoS) blockchain added 283 new smart contracts, going from 2,400 on April 8 to 2,683 on May 8.

In other words, this means that Cardano had been adding an average of more than 70 new smart contracts every week between the two dates, as the data from Cardano Blockchain Insights shows.

Specifically, the graph represents real smart contracts based on the Plutus platform, running on the Cardano network. They first went live on the network after the deployment of the Alonzo upgrade in September 2021, as part of a hardfork event.

The recent development comes as Cardano is preparing for its next hardfork event – the Vasil hardfork scheduled for June 2022. Its aim is to grow the protocol and significantly increase its transaction throughput and with it, volume and liquidity.

In April, the network reached a number of key milestones, including adding 400 new projects building on ADA and close to 100,000 wallets in one month, after increasing the total number of ADA wallet holders to 3 million in February, as Finbold reported.

Meanwhile, Cardano has been trading bearishly in recent days, along with the rest of the cryptocurrency market. Namely, its price at press time was $0.6919, which is a 7.15% drop over 24 hours and 12.09% across the week.

At the same time, the market capitalization of the cryptocurrency, which is currently the eighth-largest in this aspect, stood at $23.39 billion at the time of publication, according to CoinMarketCap data. 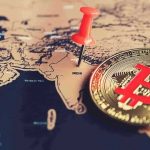