Following a significant update in September 2021 that included the implementation of smart contract functionality, the Cardano (ADA) network was able to expand and run at a faster pace than ever before.

Since then, a number of milestones have been achieved on the network in recent months, as development on the blockchain has accelerated.

Indeed, the Cardano blockchain has seen substantial growth over the last year, as shown by the increase in the number of wallets holding ADA as more investors sought to buy Cardano, in addition to the increasing number of smart contracts added to the network, amongst other developments.

Currently, ADA is ranked 7th by total market cap and is trading at $1.06, down 1.19% on the day and 8.13% in the last week, according to CoinMarketCap statistics.

The decentralized coin now has a market valuation of $35.6 billion, but it is still more than half the way to the $94 billion it reached on September 2, raising the issue of whether ADA will be able to rebound to such levels in 2022.

In particular, Cardano bulls want to see ADA return to its September high of $2.96, however at the moment, that looks a long way off despite the positive on-chain developments.

Recently, Finbold reported that Cardano is at its most undervalued price in almost two years. In particular, a Market Value to Realized Value (MVRV) indicator, which prominent crypto analyst Ali Martinez shared, revealed Cardano appeared to be undervalued at trading at $1.19 at the time.

“Cardano hasn’t been this undervalued since the COVID crash in March 2020! The MVRV 365D (measures the P/L of addresses that acquired $ADA in the last 365 days) suggests that ADA holders sit at an average loss of -26%.”

In fact, the largest Proof-of-Stake (PoS) blockchain had not been this undervalued since the crypto crash that was triggered by the COVID19 outbreak in March 2020.

Since this crucial indicator examines the average profit or loss of past addresses who acquired Cardano, it is generally accepted that the lower the MVRV ratio is, the higher the possibility of a rise in price.

On February 16, the leading crypto analyst also reported a significant spike in on-chain activity for the Cardano blockchain. In this case, Martinez highlighted:

“The number of new daily addresses being created on the ADA network surged by 167% to hit 112.5K addresses. A sustained increase in this metric generally precedes a spike in price volatility for ADA.”

Notably, Cardano had been adding over 9,000 wallets on average daily in 2022 as of February.

Despite that, when observing the general market sentiment around Cardano using metrics on IntoTheBlock, the overall mood towards ADA using on-chain signals, exchange signals, and derivatives is ‘Mostly Bearish.‘

Overall, Cardano’s price may recover to, or possibly exceed, its all-time high in 2022, given the increasing usage of cryptocurrencies in the market.

Fundamentally, Cardano is scaling rapidly as a network. In 2022, it has already achieved three important milestones, the most recent of which is the completion of 30 million transactions without the occurrence of a single hack or outage.

The new transaction milestone is in line with Cardano’s predicted rise in network activity as a result of a surge in adoption.

At the same time, Cardano’s blockchain is drawing a growing number of new users, including financial institutions and developers of decentralized apps.

Ultimately, investors are concentrating on a potential ADA breakout after the token suffered more volatility in line with the overall market slump. If Bitcoin can maintain another leg of its bull run, ADA may likely follow suit.

Prior to trying to hit $3, Cardano would want buyers to consolidate; a recovery off of the $1.19 resistance level might launch a strong rally. If the rally succeeds in pushing ADA back over $1.60, it might herald the beginning of a new upswing that could take it back to the $2 mark. 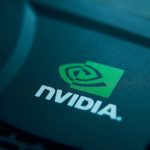 Nvidia's revenue from crypto mining processors fell by more than 70%