Constant improvements in the cryptocurrency sector are one of the reasons for its continuous expansion, with Cardano (ADA) being one of the blockchain platforms that is working exceptionally hard and informing the public on its every upgrade.

Indeed, Input Output (IOHK), the parent organization behind Cardano, has announced a launch of a new upgrade of its Daedalus wallet on the mainnet with multiple improvements, in a series of tweets along with porting the release notes on its website on October 13.

What the update brings

According to IOHK, Daedalus 5.1.0 introduces “two updates to the hardware wallet integration – an updated LedgerJS package including the upcoming Ledger Cardano App 5.0.0. and Babbage support, as well as Trezor Connect update to version 9.”

This tweet was referring to the Ledger JavaScript community package deployed in the Cardano application API, the “Babbage” update introduced after the Alonzo hard fork to smooth out any leftover wrinkles, as well as a JavaScript platform that allows easy integration of Trezor devices with third-party services.

The company also explained that “this release integrates cardano-wallet v2022-10-06 which is compatible with the Babbage era and fixes the fee calculation performance deterioration.”

According to the announcement, “existing users will get a prompt to update via the Daedalus newsfeed,” but new users should only download this new release from the official website.

Finally, IOHK also warned its users that “Daedalus is a full-node wallet for desktop ONLY. If you see a ‘mobile Daedalus’ – it will be a scam trying to steal your seed phrase and your ADA!”

The warnings aren’t without reason, as Daedalus wallet users are often the target of elaborate scams. For instance, in August 2021, someone attempted to trick users out of their ADA through a fake website where they were supposed to “update” their Daedalus wallets.

Major upgrades and their effects

This is another in the series of updates to the Proof-of-Stake (PoS) platform’s Daedalus wallet, with some of the previous ones, like the version 4.9.0, simplifying the process of sending native tokens, as well as fixing the issue that caused the available disk space to display incorrectly on Windows 11.

Meanwhile, the ADA community is still under the impression of the recent Vasil hard fork, which went live in late September, resulting in the network growth of 100 smart contracts in two weeks after the upgrade.

On top of that, Cardano’s daily social mentions had reached a 90-day high of 52,470 as of September 23, adding up to a total of 2.32 million mentions at the time, as Finbold reported.

However, despite the good news, Cardano’s total value locked (TVL) dropped to an eight-month low. Meanwhile, the price of the ADA token at press time stood at $0.38, up 6.25% on the day, but still down 10.74% across the week, as per CoinMarketCap data. 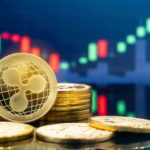 Why is XRP surging? Key points to note