Once again, Ethereum has dominated cryptocurrency markets with a massive weekend surge of over 15% to top $585 by Monday morning.

Bitcoin kicked off the momentum with its massive bull run to reach just shy of $19,000 on Saturday, but it has cooled off since then while Ethereum and many of the other crypto assets have continued higher.

Over the past seven days, Ethereum has cranked 27% from around $460 this time last week. Since the beginning of the year, ETH has surged 345%, outperforming its big brother Bitcoin which has only made around 150% by comparison.

Ethereum prices reached their highest level since June 2018 in a surge to $580 during early trading in Asia on Monday morning. The move has built on momentum that has added gains of around 15% just this weekend alone.

The longer-term weekly charts are still very healthy for Ethereum which remains 59% down from its all-time high, even at current lofty levels.

The last time the asset surged into four figures was during the ICO (initial coin offering) boom of 2017/18 when investors loaded up on it in order to buy tokens offered by new blockchain projects. Unfortunately, the vast majority of them failed and ETH was dumped onto the market resulting in a crash back below $100 by the end of 2018.

Trader and analyst Josh Rager has eyed current levels as resistance on long term charts. The asset has yet to pull back and if it remains on course it could hit $618 before retreating.

Staking on the future

Much of the momentum is coming from the build-up to the launch of ETH 2.0, a proof-of-stake consensus mechanism. Early staking has not been that eventful but a recent surge has taken the amount staked so far to 55% of the target according to the ETH 2.0 Launchpad.

The full amount needs to be staked a week before the new blockchain can launch, and this has been predicted to happen before the end of this year. Demand for Ethereum for staking purposes is likely to increase which will have a further impact on prices.

It is likely that the majority of ETH holders will not stake until the Beacon Chain is stable and staking services make things easier. This could be some time next year which could result in four figure Ethereum prices once again. 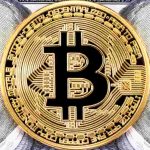