In the midst of the global inflation and a crisis that has engulfed the cryptocurrency market in the past weeks, crypto’s flagship asset, Bitcoin (BTC) and its correlation with the established classes are increasingly drawing the attention of investors and analysts.

One of them is a prominent crypto analyst and former institutional investor with 25 years of experience in financial markets known as PlanB, who posted a chart on his Twitter account on July 14, demonstrating a linear correlational relationship between the traditional asset classes and Bitcoin.

Better investment than other assets?

In an earlier tweet from June 11, PlanB had explained that inflation was the reason why Bitcoin came into being in the first place, highlighting that inflation was neither transitory nor caused by the actions of Russia’s President Vladimir Putin.

As he explained, “inflation is always and everywhere a monetary phenomenon” caused by central banks degrading currencies by printing more money.

To drive his point home, PlanB posted a U.S. Bureau of Labor Statistics chart demonstrating the historically dropping purchasing power of the U.S. dollar, along with a photo showing dramatically lower prices of McDonald’s (NYSE: MCD) meals in the past.

Meanwhile, Mark Mobius, the founder of asset management firm Mobius Capital Partners stressed there was a strong correlation between the activities of Bitcoin and the S&P 500, describing it as “a tail wagging the dog. You see, Bitcoin goes down, and the S&P 500 goes down. So it’s a very unusual situation,” as Finbold reported in mid-June. 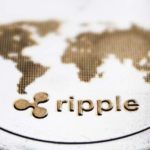