With the cryptocurrency sector finally taking a respite from the months of chaos caused by the collapse of the crypto trading platform FTX, one coin has stood out for its remarkably high performance on the daily cryptocurrency charts – Fetch.ai (FET).

As it happens, the price of Fetch.ai’s native FET token at press time stood at $0.23, representing an increase of nearly 20% over the previous 24 hours and adding up to a cumulative gain of 91.67% compared to its amount seven days before, when its exceptional growth began.

On top of that, FET also tops the list of daily gainers in Cosmos (ATOM) inter-blockchain communication (IBC) networks, followed by Decentr (DEC), Evmos (EVMOS), and Terra Classic (LUNC), according to the data shared by Cosmos Daily on January 13.

What is behind these impressive gains?

Notably, Fetch.ai is an interchain protocol based on the Cosmos software development kit (SDK) and artificial intelligence (AI) blockchain environment that allows users to create their own networks of autonomous economic agents within a single ledger.

Although it was founded in 2017 and launched in March 2019, it has only recently attracted more attention due to its sudden growth that originated a week ago thanks to the crypto pump but also to the community becoming aware of its utility as an interchain bridge and its work on Autonomy of Things (AoT), as it joins the company of next-level AI developers such as the one that brought ChatGPT.

At the same time, the sentiment around FET is exceptionally bullish, with the 1-day gauges in the ‘strong buy’ zone at 16, which is the result of oscillators pointing at ‘buy’ at 2 and moving averages (MA) suggesting ‘strong buy’ at 14, with no ‘sell’ indications on either.

Elsewhere, it is also worth mentioning that FET’s 24-hour trading volume has soared a whopping 400%, rising from a mere $29.53 million on January 6 to $147.52 million at the time of publication, according to the data retrieved by Finbold on January 13.

Whether FET will succeed in retaining its momentum and continue to record progress in the future months remains to be seen as it will depend on its continuous technological development, as well as the climate on the wider cryptocurrency and financial markets. 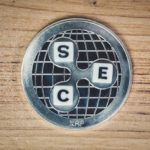