The Esports Entertainment Group Inc (NASDAQ: GMBL) stock price had rallied over 30% after announcing its exit from the UK market on November 15. However, the shares retraced after the midweek climb, falling to trade at $0.1161  −$0.024 (17.07%) by the end of the closing bell on Thursday, November 17.

Notably, the firm announced that its SportNation online casino and sports betting company would stop operations in the United Kingdom at the end of this month, seeing the price climb to as high as $0.16.

Following the strategic review revealed with the firm’s financial results on October 13, 2022, investors were relieved by the decision as the betting, and online gaming site switched its attention to its core areas.

In the last month, GMBL has been trading between $0.09 – $0.17, which is quite wide. Since the stock is currently trading in the middle of this range, some resistance may be found above. In particular, GMBL faces a resistance zone ranging at $0.13 while a support zone exists at $0.11.

Volume has been considerably higher in the last couple of days, as a result, the price movement has been a little bit too volatile to find a solid entry and exit point, and it is thus probably best to wait for a consolidation first.

At the time of publication, GMBL is trading well below its 20-day, 50-day, and 200-day simple moving averages (SMA).

Esports Entertainment’s technical analysis (TA) summary stands in the ‘sell’ zone due to the moving averages (MA) indicating ‘strong sell’ at 13 (versus ‘buy’ at 1 and ‘neutral’ at 1), while oscillators remain in ‘neutral’ at 6 with ‘sell’ at 6 and ‘buy, at 3, respectively.

On Wall Street, two analysts offering 12-month price targets have projected GMBL stock to trade at an average price of $0.15, a 29.20% upside from the last price of $0.12. Interestingly, the lowest price target is also at $0.15, with a consensus ‘hold’ rating for the stock based on its performance over the last three months.

It’s worth mentioning that although the stock price rose on volume that was more than 12 times the daily average and is still up +0.01 (10.99%) over the past 5 days, the jump was caused by the announcement that the company would be closing two of its locations in the United Kingdom at the end of this month in an effort to reduce its operating expenses.

Even while the announcement of the closures of RedZone and SportNation, both of which were businesses that Esports Entertainment bought in 2020, was obviously welcomed with delight by investors, the company lost about 98% of its value over the course of the previous year. It reached a peak of $6.67 throughout the preceding 52 weeks, but it only settled at 12 cents on Thursday.

In addition to this, Esports Entertainment said in the filing that the company had a deficit of $153.3 million as of the end of the third quarter and that it has a history of incurring losses.

Despite the fact that shutting down the aforementioned UK firms is a cost-cutting move, the harsh truth is that Esports Entertainment most certainly requires access to more funding. The question that has to be answered is whether or not a creditor will be prepared to offer that cash. 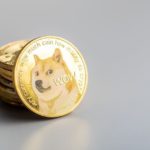