On June 25, 2021, Musk wrote on Twitter, “My Shiba Inu will be named Floki.” Musk later responded with a tweet on September 12 that read, “Floki has finally arrived.” Since then, both an ERC20 token and a BEP20 token have been available to FLOKI users owing to the hype among traders around Musk

Although still not valued or respected as highly as DOGE or SHIB, Floki has gained its own following with over 380,000 followers on Twitter. Plenty of crypto traders remain interested in the asset hoping that one day it can rally to the highs seen by Dogecoin and Shiba Inu in the past.

Regarding its price forecast for the end of the month, PricePredictions machine learning-based algorithms, which factor in indicators like moving average (MA), relative strength index (RSI), moving average convergence divergence (MACD), Bollinger Bands (BB), predict that FLOKI’s price will trade at $0.000009 on December 31 slightly lower than its current price $0.0000094.

Analyzing FLOKI’s technical analysis (TA) via its indicators, its 1-day gauges remain neutral for the time being, with their summary pointing toward ‘neutral’ at 9.

Meanwhile, TradingView’s oscillators are pointing toward ‘neutral’ at 8 (with 2 for ‘sell’ and 1 for ‘buy’); moving averages at the same time indicate ‘buy’ at 8 (as opposed to ‘neutral’ at 1 and ‘sell’ at 6). 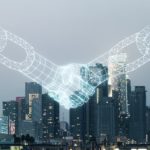