Since the start of the year, the value of Terra Classic (LUNC) has surged, with bulls overpowering the bears after weeks of sideway treading. The price movement can be considered positive, as the asset is still attempting to earn viability in the crypto space after the infamous collapse of Terra (LUNA) ecosystem.

In reviewing LUNC’s next price movements, several factors are coming into play, ranging from network development to input from the community. However, there remains significant uncertainty regarding the future of LUNC, although the asset has previously flashed signs of rallying despite the extended bear market of 2022.

In this line, the machine learning-based algorithms at PricePredictions 30-day LUNC price forecast projects that the cryptocurrency is likely to have an extended rally in the coming days. For February 1, 2023, the platform projects that LUNC will likely trade at $0.000179.

The projection indicates a price rally of about 1.7% from the token’s value at the time of publishing. The price prediction is based on indicators such as moving average (MA), relative strength index (RSI), moving average convergence divergence (MACD), and Bollinger Bands (BB), among others.

Elsewhere, LUNC’s gauges on TradingView are mainly bullish, with a summary of the technical analysis recommending the ‘buy’ sentiment at 11, while moving averages are also for buying at 10. On the other hand, oscillators are ‘neutral’ at 9.

It is worth mentioning that the LUNC community is still trying to help the token rally toward $1, a factor that has been supported by short-squeeze campaigns that have been complemented by an accelerated LUNC tokens burning rate.

The token’s potential is also aided by ongoing support from established entities such as the Binance crypto exchange. Based on these fundamentals, Terra Classic earned a listing on Finbold’s meme coins to watch out for in January 2023.

The token’s price has also been impacted by the development around the case facing Terra founder Do Kwon. As reported by Finbold on January 11, the value of LUNC crashed after a case against Kwon was dismissed in New York. Kwon, who remains a fugitive, has denied any wrongdoings in the collapse despite facing allegations of violating South Korea’s capital markets laws. 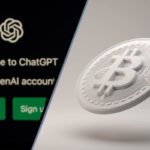