American business intelligence firm MicroStrategy is among the pioneer institutions to convert part of their balance sheet into Bitcoin (BTC), citing the asset’s strong store of value features. However, new data indicates that the company stood a bigger chance of more profits if it had opted for Ethereum (ETH).

In this case, MicroStrategy could have recorded about 108.72% or an additional $3 billion in profits as of November 6 by investing in Ethereum, data by Blockchain Center’s Rohmeo_de indicates.

It is worth mentioning that MicroStrategy has accumulated Bitcoin during different phases of market cycles. As reported by Finbold, the company used the ongoing bear market to add more Bitcoin, with former CEO Michael Saylor maintaining that the asset is the ultimate store of value and hedge against inflation alongside being ‘second to none’.

At the same time, MicroStrategy has incurred losses on its Bitcoin investment. During Q2 2002, MSTR reported quarterly revenue of $122.1 million against expectations of $126 million, with a $918.1 million loss. Interestingly, $917.8 million of the losses was attributed to its Bitcoin holdings.

Elsewhere, the company has received criticism for the Bitcoin option, with ‘The Black Swan’ author Nassim Nicholas Taleb mocking Saylor by stating that his exit from the helm of MicroStrategy was another “nail in the coffin” to the company’s skepticism of not selling Bitcoin despite the bear market.

Based on the profit potential, Ethereum appears to live up to its latest expectation amid intense network development. Ethereum has undergone different upgrades, like the Merge that transitioned the blockchain to a Proof-of-Stake (PoS) status.

Due to the accompanying deflationary features, the historic upgrade has been touted to make Ethereum attractive to institutions.

Furthermore, due to Ethereum’s decentralized nature and energy efficiency, a market section believes the token is poised to overtake Bitcoin as the number one cryptocurrency. Despite recently recording a minor price rally, Bitcoin’s continued drop in market dominance aids the flipping notion. Interestingly, the drop in dominance comes as more altcoins continue to be the center of attention.

Amid the variance in potential profits, Ethereum and Bitcoin still maintain bullish sentiment. By the end of 2022, projections indicate that Bitcoin might regain the critical support level of $25,000. Elsewhere, as reported by Finbold on October 27, Ethereum could reclaim the $3,000 level by 2023.

In general, both assets continue to be weighed down by the prevailing market conditions leading to a drop from significant levels. By press, Bitcoin was attempting to sustain recent gains, trading at $21,187, while Ethereum was valued at $1,600. 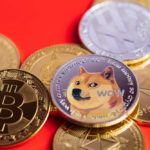