Tesla (NASDAQ: TSLA) is looking to push production of the Model Y and Model 3 electric vehicles (EVs) much higher in Q4 2022 and continue the production ramp-up into 2023.

Earlier reports on leaked emails from the company showed the need for higher production numbers, which were partially fulfilled in China, where the firm delivered a record number of vehicles in September. In addition, Tesla was looking to double vehicle sales in Germany, an important market for the US EV producer.

If the production ramp-up goes according to plan, the global autos market’s projected growth will jump by a factor of 10 in 2023, considering a 50% production increase for the entire year.

Needless to say, the reevaluation of the stock would take place under such circumstances, which is why Q4 production and delivery numbers could be crucial for TSLA.

Furthermore, sales of Tesla vehicles in Europe seem to be doing well, according to Troy Teslike, Twitter post.

Volume has been considerably higher in the last couple of days while the share price remained below all moving averages; usually, a combination of strong volume and a large move down is a bad short-term sign.

Tesla’s future growth faces the prospects of slowing global economies, which might impact the firm’s bottom line. Though Tesla has dealt with them formidably, supply chain issues are another worry facing all automakers.

Finally, competition in the EV space is advancing fast, another factor to keep in mind when predicting Tesla’s future growth prospects. 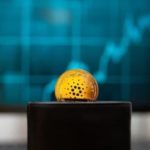