The cryptocurrency market across 2022 has been dominated by the bears, with most digital assets losing a significant share of their value. As the year comes to an end, it is time to evaluate how select digital assets performed under different metrics.

In this line, social intelligence platform LunarCrash has released the 2022 top ten cryptocurrencies based on its Galaxy Score. Notably, the Galaxy Score leverages artificial intelligence and machine learning to break down crypto movements.  A higher ranking shows the specified digital assets are performing well under metrics like social volume, market volume, and price moving average. Below are the top ten LunarCrash coins based on the Galaxy Score.

The flagship cryptocurrency has lost its value by almost 75% in 2022 from its all-time high of $69,000 recorded in November 2021. Bitcoin has been impacted by high-profile events such as the Terra (LUNA) ecosystem crash and the FTX crypto exchange collapse. At the same time, BTC has taken a beating from the extended macroeconomic elements.

As the year closes, Bitcoin has entered a consolidation phase below $17,000, with market actors keenly monitoring for a price bottom. Notably, there remain concerns that the asset could correct further before embarking on a new rally. By press time, Bitcoin was trading at $16,834.

Ethereum (ETH) has had a formidable year in 2022, with the Merge upgrade that transitioned the network to the energy-efficient Proof-of-Stake (PoS) being the major highlight. Indeed, the upgrade was touted to impact the asset’s price, but it emerged as a buy the rumor, sell the news event. However, the Ethereum team maintains the upgrade is likely to materialize in more institutions embracing the asset.

In 2022, Ethereum peaked at almost $4,000, but the extended bearish conditions have weighed down the asset. By press time, Ethereum was trading at $1,221.

As the general crypto market traded in the red zone, XRP partly recorded significant gains inspired by the minor wins by the token’s parent company Ripple in the case with the Securities Exchange Commission (SEC). Indeed, the case has acted as the fundamental element for XRP. Analysts opine that if the case favors Ripple, it would be a bullish sentiment for XRP and vice versa. In the meantime, the community is waiting for a final ruling after both parties made final submissions.

Notably, the XRP community has been buzzing, projecting a win, but legal experts have warned that the case could go either way. At the moment, XRP is trading at $0.35.

The 14th-ranked cryptocurrency by market capitalization has been at the center of attention as the community looks forward to the halving event slated for next year. The August 2023 event will halve the rewards paid to Litecoin (LTC) miners for recording transactions, reducing the supply and making the asset scarce.

At the same time, the asset has witnessed activity in other metrics, like recording the largest amount of dormant tokens being moved in four years and a decrease in the aging of the average token investments. Litecoin is currently trading at $65, with a target of $100 in sight.

The native token of the Binance crypto exchange has recently become the center of attention after the FTX trading platform collapse. BNB, at some point, recorded a sharp decline after concerns emerged regarding the Binance state of reserves at a point most exchanges were striving to promote confidence among investors.

Furthermore, BNB was impacted negatively by the possible prosecution of Binance in the United States. By press time, the fifth-ranked crypto by market cap was trading at $245.

Although the general crypto market correction has impacted Tezos, the asset has remained the center of attention thanks to the robust on-chain development activity. At the moment, Tezos developers are focusing on scaling with lined-up upgrades.

Some of Tezo’s selling points include the multiple smart contract languages, the network support, and the robust non-fungible tokens (NFT) ecosystem. Tezos is currently changing hands at $0.79.

Interest in VeChain (VET) has accelerated in 2022, considering that the native token VET can address the main problems in trustless data for various sectors, such as finance, the energy sector, and the food and beverage industry, among others.

Notably, the interest saw VeChain social mentions hit new peaks in 2023 as investors monitored the asset’s next price move amid the bear market. The token is now trading at $0.02.

Quant (QNT) is among the select cryptocurrencies that appeared unfazed by the crypto market correction. Amid the depressed conditions, the interoperability-based crypto project appeared to target previous highs powered by increased community activity.

For instance, as of October 14, QNT’s six-month social engagements had spiked over 130%, but the asset has been hit by the impact of macroeconomic factors like surging inflation. The asset has since reclaimed the $100 position, trading at $106 by press time.

Zilliqa (ZIL) was among the best-performing assets across the crypto sector until the bears took over in November. Although Zilliqa works as a transaction processing blockchain utilizing sharing method, unconfirmed reports indicate that the network is working to venture into other sectors like gaming. The ZIL token is currently trading at $0.02.

The Hedera (HBAR) blockchain has built a reputation for supporting cryptocurrencies, smart contracts, and decentralized applications (DApps). The network’s goal is to transition Web2 gamers and programmers to Web 3.0 eventually.

In the meantime, the network continues to record partnerships with different entities. The 36th-ranked crypto by market capitalization is currently trading at $0.04.

Moving into 2023, the focus will be on how the market handles the bearish condition and the consequent reaction of different assets. 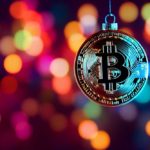