The price of Bitcoin (BTC) is still in a consolidation phase, having failed to break past the $17,000 resistance level. As the flagship cryptocurrency trades sideways, the focus remains on potential positions that can act as anchors for a possible rally.

In this line, crypto trading expert, Michaël van de Poppe has termed Bitcoin’s current price movement ‘boring,’ noting that the asset has a chance of embarking on a relief rally if it breaks specific resistance levels, he said in a YouTube video posted on December 27.

According to Poppe, Bitcoin’s surge to the upside can accelerate faster if the asset clears the $17,400 and $17,700 levels.

At the same time, the analyst warned that if Bitcoin’s price plunges below $16,600, the scenario could generally break the market. In this line, the focus is on bulls to help keep the price from any possible collapse.

Furthermore, Kitco News analyst Jim Wycoff has noted that Bitcoin will likely end the year on a choppy path as both bulls and bears exhibit insufficient power.

“Trading remains sideways and choppy. Neither the bulls nor the bears have a near-term technical advantage, which suggests more of the same sideways trading action in the near term. Look for more active Trading as the new year begins,” he said.

By press time, Bitcoin was trading at $16,730 with daily losses of about 0.6%, while the weekly chart exhibits the sideway trading with the asset having plunged by almost 0.7%. At the same time, Bitcoin controls a market capitalization of $321.56 billion.

Elsewhere, the one-day technical analysis summary on TradingView remains bearish, recommending the ‘strong sell’ sentiment at 16. Moving averages are also for a ‘strong sell’ at 14, while oscillators are for ‘sell’ at 2.

Notably, with Bitcoin consolidating, a previous Finbold report indicated that the asset’s volatility has stagnated. Indeed, the volatility shot up following the overall impact of the FTX cryptocurrency exchange collapse.

Interestingly, despite Bitcoin being impacted by the FTX debacle, legendary investor Bill Miller pointed out that BTC’s performance can be considered remarkable by hovering around the $17,000 position.

In the meantime, analysts have also projected that Bitcoin could plunge to as low as $9,000 before rallying again. Notably, the price position acted as the foundation for the last bull run.

Elsewhere, the machine learning algorithm at PricePredictions indicates that Bitcoin is likely to enter the new year on a consolidation path. According to the forecast, Bitcoin will trade at $16,722 on the first day of 2023 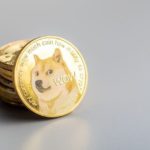