Despite many jurisdictions and financial regulators taking a skeptical approach to the cryptocurrency sector, there are those who believe that it has already permanently changed the world and that the future of finance is tightly linked to it.

One of them is the state minister for artificial intelligence (AI), digital economy, and remote-work applications in the United Arab Emirates (UAE), Omar Bin Sultan Al Olama, who has expressed optimism in terms of the crypto future in his piece published in The Banker on September 28.

Being part of the mainstream instead of evading it

In his view, “many involved in the initial development of cryptocurrencies and associated technologies wanted to use them to circumvent mainstream financial institutions and monetary systems,” but “this is not a practical nor a desirable goal for obvious reasons.”

Therefore, the minister believes that:

“Rather, the future of digital currencies lies firmly within the mainstream financial system, where they can make an enormous difference to several problems in areas such as payments, banking and investing.”

To make such a future a reality, Omar Bin Sultan Al Olama believes that more breathing room needs to be given to those “at the forefront of pushing new technologies (…) while ensuring the necessary regulations that protect consumers and the financial system, and prevent criminal enterprise, are in place.”

The minister said that pushing new technologies while ensuring the necessary regulations was exactly what his country was trying to do, explaining its approach as focusing on three principal elements – encouraging innovation and adoption, providing a favorable regulatory network, and stimulating collaboration on a global level.

In terms of the first element, the minister said that “the UAE has been fostering an environment where our citizens feel equipped to explore a new economy of virtual assets, and this is reflected from their uptake.”

As for regulations, he highlighted the recent launch of the Dubai Virtual Assets Regulatory Authority (Vara), considering that “crypto assets and technologies (…) need a positive yet robust regulatory steer to prosper.”

Thirdly, Omar Bin Sultan Al Olama explained that the UAE already “hosts several important events in the global blockchain calendar during which we are proud to welcome entrepreneurs, regulators, investors, and other key stakeholders in the global crypto space.”

“Cryptocurrencies (…) have enormous potential to revolutionize the existing financial system if implemented in the correct way. (…) The UAE has adopted this model and hopes to inspire other countries to embrace it too.”

Meanwhile, the UAE is practicing what its digital economy minister is preaching – implementing cryptocurrency and blockchain technologies in various fields, including airlines, charity, and fighting financial crime, as Finbold reported.

In addition, the country has opened its door to crypto exchange Kraken, welcomed an exclusive VIP crypto credit card by VISA (NYSE: V), provided free crypto domains to all women residing in Abu Dhabi, with UAE’s most populous city announcing plans to support as many as 40,000 additional virtual jobs in its metaverse sector. 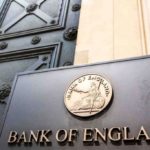