Despite the economic turmoil caused by the coronavirus pandemic, the S&P 500 hit an all-time high this week.  However, the stock markets have remained mixed with some notable gainers and losers.

Investors are keeping their fingers crossed since the gains by S&P 500 might last long with turbulence projected as the US election approaches.  It is worth mentioning that since hitting notable lows back in March, the S&P 500 index has rebound by over 50%.

Some experts believe that the S&P 500 index surge is an indicator that the government stimulus packages are working. Despite the index turning green, most stocks remained muted.

Gainers and losers of the week

An overview of the markets shows that technology stocks led by Alphabet (NYSE: GOOGL) gained by +3.92% while social media giant Facebook (NYSE: FB) was up by +2.95%. Elsewhere, Microsoft (NYSE: MSFT) gained by +2.82% this week. Cisco Sytems (NYSE: C) was among the technology sector’s biggest losers by -0.96%. 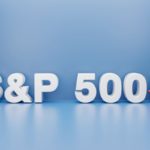 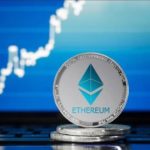 Amazon (NYSE: AMZN) led the rally for services stocks by gaining +4.31%. Ali Baba (NYSE: BABA) stocks were also on the high with gains of +1.66%. Retail giant Walmart (NYSE: WMT) stocks plunged by -0.97%. Elsewhere, for basic materials, Linde(NYSE: LIN) was among the losers

The healthcare stock which has been performing better in the wake of the pandemic gained led by Johnson & Johnson (NYSE: JNJ) at +2.31%. Pfizer also gained by +1.44%.

Energy sectors still in the red

The energy sector stock was among the worst-performing with Exxon Mobil (NYSE: XOM) plunging by -3.93%. Another big energy loser was Chevron Corporation (NYSE: CVX) at -5.58%. The plumbing in energy sector stocks is due to the drop in oil prices globally. Currently, traders are keeping an eye on OPEC regarding the current supply cut in oil.

An overview of the financial sector shows a red market with JP Morgan Chase (NYSE: JPM) losing by -4.88%. Bank of America Corporation (NYSE: BAC) was also red with -4.74%. Similarly, Citigroup (NYSE: C) stock was among the week’s losers at -0.20%. 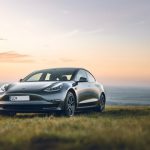