Decentralized finance (DeFi) token Solana (SOL) was among the biggest losers of the 2022 crypto bear market, with the correction accelerating toward the end of the year. Part of the losses emanated from the platform’s close association with the now-bankrupt crypto exchange FTX.

However, Solana appears to be turning a new leaf recording increased investor interest, culminating in the asset regaining key positions. As of January 6, SOL accounted for a market cap of $4.85 billion, representing an inflow of about $1.59 billion from $3.26 billion recorded on December 30.

Indeed, on the weekly chart, the market cap peaked at $5.16 billion on January 4, according to data by CoinMarketCap.

Notably, the price of Solana has benefitted from the increased buying pressure helping the token regain key support levels. By press time, SOL was valued at $13.09, translating to weekly gains of 43%.

It is worth noting that Solana recorded significant losses dropping to as low as $8 as concerns emerged regarding the ecosystem’s sustainability following its relationship with FTX and its founder Sam Bankman-Fried (SBF).

With SBF facing fraud allegations, the Solana network encountered threats of an exodus of developers jeopardizing the platform’s push to emerge as an ‘Ethereum (ETH) killer.’ However, Solana management maintains that the focus should be on network activity, not price movements.

In this line, the possible negative effect of FTX fallout complicated matters for Solana, considering that the network was under criticism for regular outages.

Amidst the concerns, Solana co-founder Raj Gokal shared the platform’s future plans noting that there is a lot of activity around the L1 blockchains. The blockchains combine social networks, financial systems, nation-states, cultural movements, and payment networks.

With seemingly no possible bullish triggers from the FTX situation, Solana’s latest price rally can be tied to the hype around Bonk (BONK), a meme cryptocurrency modeled after Shiba Inu (SHIB).

Notably, Bonk was airdropped to Solana non-fungible token (NFT) communities and creators and has since experienced a spike in valuation. Consequently, the meme coin’s impressive returns are viewed as a critical driver behind SOL’s price as the broader market remains suppressed.

At the same time, following BONK’s rally, a previous Finbold report ranked the token among the top five meme cryptocurrencies to watch in January 2023. 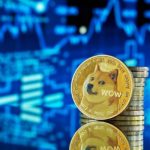