At the conclusion of one of the worst years in the history of the cryptocurrency industry, during which its total market capitalization declined by 65%, it is time to look to the future and see which digital assets have the potential to succeed in 2023.

With this in mind, Finbold has carried out an in-depth analysis of the market to find the cryptocurrencies that investors and traders in this field should keep an eye out for during the opening month of the following year.

Despite being hit heavily by the crisis in the wider crypto market, which has caused it to drop nearly 65% since the beginning of 2022 to $16,600 at press time, Bitcoin (BTC), according to many leading crypto traders, still presents a good investment opportunity.

Namely, its price may be at its lowest right now, but a number of industry experts believe that it will likely not stay this low for long, with the possibility of a bullish run in H1, and January could be the final chance to buy it at ‘a good bargain,’ as some analysts have called it.

Price challenges aside, Cardano (ADA) continued to record growth of its network all throughout 2022, including in the number of the Plutus smart contracts, which soared 394% compared to 2021, as well as native tokens on the platform, which increased by 192%.

On top of that, transactions on the network grew by 139%, making the potential ‘Ethereum killer’ a worthy investment in January 2023, despite its price, which at press time stood at $0.25, being 80% lower compared to December 2021.

Speaking of Ethereum (ETH), its Merge upgrade, which transitioned the network from the Proof-of-Work (PoW) to the Proof-of-Stake (PoS) validation algorithm, had failed to push the asset toward any significant upward movement under the influence of the wider macro factors.

However, as more institutions embrace the asset, Ethereum could reach its true potential in early 2023, having a strong positive effect on its price, that would offset the losses accrued over 2022, which brought the second-largest crypto by market cap down to $1,198 at the time of publication.

A newcomer to the crypto scene, launched by the Bored Ape Yacht Club ecosystem in March 2022, ApeCoin (APE) has stagnated in recent months but has been very popular among whales as of late, which followed the introduction of the staking mechanism and the first accruing of APE rewards on December 12.

The aim of the staking mechanism is to minimize selling pressure from the holders of the ecosystem’s non-fungible tokens (NFTs), which were allocated 15% of the APE supply during the launch. The effects of this should be evident in early 2023, with the potential to increase the asset’s current price of $3.64.

Issued by Ripple Labs, XRP has long been entangled in the widely publicized lawsuit in which the United States Securities and Exchange Commission (SEC) has sued the blockchain company, alleging it illegally sold the token, which the regulator considers a security.

Taking into account Ripple’s compelling advances in this case, the odds of winning are on its side, and if it does win, this could lead to XRP having a powerful bullish rally in 2023, which means January could be the last chance to get it at a low price of $0.345.

While the setbacks that the crypto sector has gone through this past year, such as the implosion of the Terra (LUNA) ecosystem and the collapse of the crypto exchange FTX, show that nothing is certain and outside events can have a tremendous downward pressure, the above cryptocurrencies have shown resilience during the challenging times, which, from the current standpoint, makes them one of the best cryptocurrencies to buy in January 2023. 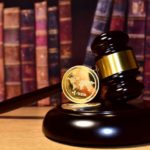