After ending 2022 in a sideways trading pattern, the price of Bitcoin (BTC) has kicked off the new year with short-term gains, although the value still languishes below key support levels. Bitcoin is also attempting to build momentum towards new levels while seeking inspiration from elements such as macroeconomic news.

Despite the gains, Bitcoin investors are looking for a possible bottom to usher in a new rally for the maiden cryptocurrency. Currently, the $17,000 level remains a key resistance position for BTC.

Based on the recent price movement, crypto trading expert and analyst Michaël van de Poppe in a tweet on January 6, stated that Bitcoin is at support while identifying key long positions to look out for, especially with key macroeconomic data coming out.

“It [Bitcoin] needs to hold above $16.6K to avoid a puke to low $16K and to sustain upward momentum. In that regard, with the data today, I’d be looking at bit lower for longs towards $17K,” he said.

Bitcoin’s possible rally toward $17,000 can partly find a boost after the United States recorded an unemployment rate of 3.5% in December from the 3.7% witnessed in November 2022. Furthermore, the U.S. economy added 223,000 jobs in December, higher than the estimated 200,000.

With Bitcoin being impacted by the Federal Reserve monetary policies, the jobs data will be crucial since it forms part of the institution’s interest rate hike decision.

Furthermore, crypto investors will be looking at the release of ISM. Notably, the Institute of Supply Management (ISM) is responsible for measuring the Purchasing Managers’ Index or PMI for both the manufacturing and non-manufacturing sectors across the U.S.

Elsewhere, Bitcoin’s one-day technical analysis retrieved from TradingView is dominated by bearishness. A summary of the daily gauges recommends the ‘sell’ sentiment at 11 while oscillators are ‘neutral’ at 8. The moving averages gauge is for ‘sell’ at 10.

Despite Bitcoin showing signs of recovery, the machine learning algorithm at PricePredictions indicates that the asset might be in line for a bearish outlook in the first month of 2023. In this line, the forecast suggests that Bitcoin will trade at $15,532 on January 31.

In the meantime, investors will be hoping the asset builds on 2022 milestones. For instance, despite the market downturn, Bitcoin’s blockchain witnessed a transaction of over $8 trillion in 2022.

At the same time, crypto sector players anticipate a mixed 2023 for Bitcoin, with a section expecting further effects from incidents such as FTX collapse, while others project the 2024 halving event as a significant catalyst for the flagship crypto. 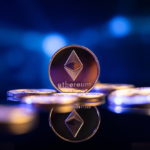