The cryptocurrency market looks to be recovering once again as its overall capitalization returns above $1 trillion, assisted by the rally of the major digital assets like Ethereum (ETH) leading investors to wonder where the second-largest token by market cap could trade by the end of the year.

As it happens, the panel consisting of 53 crypto and Web3 industry fintech experts at Finder has voiced their general predictions that the price of Ethereum would first drop as low as $675 during the year before picking up again and ending 2022 at $1,711.

According to most of them, the price increase would be pushed by the announced Merge update that would officially mark the transition of the Ethereum network from the energy-intense Proof-of-Work (PoW) to the Proof-of-Stake (PoS) algorithm and that is expected to take place in September this year.

Meanwhile, experts over at CoinPedia have made somewhat more bullish estimations than Finder’s experts on July 28, opining that Ethereum could trade at an average of $2,142 by the end of the year.

Their maximum prediction of $2,474 is reserved for the best-case scenario in which “the network sees a reduction in congestion and gas fees, following the developmental initiatives,” which would lead to “newer buyers and projects adopting the network.”

On the other hand, potential network problems could drop the price down to the minimum of $1,785, as they explained.

On July 27, Time magazine’s partner firm NextAdvisor asked three experts about the future price movements of Ethereum, and they generally agreed that a break above $4,000 was possible in 2022, in line with the predictions made by Bloomberg’s senior commodities analyst Mike McGlone back in January.

In late March, McGlone explained that demand for ETH was increasing while its supply was dropping, leading to the continuation of the price increase as the token becomes “the internet’s collateral,” as Finbold reported.

As things stand, Ethereum is currently trading at $1,634, which is a 10.82% improvement on the day and an 8.28% gain across the previous seven days, according to CoinMarketCap data. 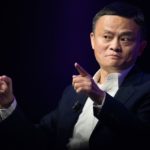