The following guide will examine the average directional index (ADX), what it is and what it measures, how to understand the indicator on charts and interpret those findings, as well as the pros and cons of using this technical analysis tool.

In trading, market participants use two contrasting types of analysis. Fundamental analysis examines market news, economic/social/political forces, and earnings data to predict how an asset’s price will move. Technical analysis, on the other hand, uses charts and various other technical indicators to forecast market conditions.

One of the essential tools used for technical analysis in securities trading is the ADX. Its primary incentive is to determine when the price is trending strongly. In many cases, it is considered to be the ultimate trend indicator.

What is the ADX indicator?

The Average Directional Index (ADX) is a popular technical analysis tool developed in 1978 by J. Welles Wilder – an American mechanical engineer turned real estate developer, and widely regarded the father of technical indicators. It helps traders determine the strength and direction of a trend and may be applied to any trading instrument, such as stocks, commodities, indices, and Forex.

ADX calculations are based on a moving average of a price range expansion over a specific time period to quantify trend strength. The default setting recommended by Wilder is 14 bars, although other timeframes can be implemented.

How to use ADX indicator?

ADX indicator particularly effective when used in conjunction with momentum trading strategies within the stock market and forex trading. This is because solid trends are typically more apparent within highly liquid markets, so the trader can ride the price trend smoothly until it ends. As a result, the ADX indicator is one of the most popular and effective trend indicators, especially when used alongside similar tools.

History of the ADX

The average directional index or ADX indicator was developed in 1978 by J. Welles Wilder for analyzing commodity price charts but can be easily applied to different markets and timeframes.

Wilder can be considered the father of several technical indicators that are now regarded as the core principles of technical analysis software. On top of the ADX, these include the Average True Range, the Relative Strength Index (RSI), and the Parabolic SAR.

To calculate +DI and -DI, one needs price data consisting of high, low, and closing prices each period (typically each day). One first calculates the directional movement (+DM and -DM):

After selecting the number of periods (Wilder recommended 14 days originally), we get:

If the smoothed moving average is calculated over the chosen number of periods, and the average true range is a smoothed average of the true ranges, then:

The ADX formula is as follows:

Although being familiar with the formula can come in handy, measuring ADX calculations yourself is unnecessary, as most online trading systems will automatically calculate technical indicators.

How to read and interpret the ADX

Firstly, the ADX is used to determine if a market is even trending rather than simply fluctuating within a range. Secondly, to determine the trend’s strength in a trending market. Finally, it is also often used, as other momentum indicators are, to indicate a potential market reversal or trend change.

The ADX is a lagging indicator, meaning a trend must have established itself for the indicator to generate a signal that a trend is underway. ADX values range between 0 and 100, in which high numbers signify a strong trend and low numbers suggest a weak trend.

Important: A falling ADX line doesn’t mean the trend is reversing (unless there has been a price climax), simply that the strength is weakening. Until the ADX is above 25, it is best to consider a falling ADX line as merely less strong. So before you go buying an asset as the ADX incline turns from downward to upward, remember that the ADX line might just as quickly have turned back to the downside before a genuine uptrend became established.

Directional movement indicator crossovers can be used to estimate the performance of a security and predict coming changes in a trend, such as reversals or breakouts. They can create trade signals for potential opportunities.

Crossovers can be used to signal entry points and exit points and caution traders to wait to enter a position until the market is more steady or profitable.

How to look for trend momentum

Generally, ADX peaks above 25 are considered solid, even if they are lower. In an uptrend, the price can still rise on a falling ADX momentum because overhead supply is used up as the trend progresses.

Being aware of a rising trend momentum gives traders confidence to keep the position instead of exiting before the trend has ended. Similarly, a series of lower ADX peaks can signal the trader to keep an eye on price and ensure that their risk-management technique is in place. Since, of course, the most profitable trading decisions are made on objective signals and not emotion.

ADX as a signal for divergence

In addition, ADX can reveal momentum divergence that can signal an impending trend change or market reversal. Negative divergence or non-confirmation occurs when price makes a higher high and ADX makes a lower high. As a rule, divergence is a warning that trend momentum is changing rather than a signal for a reversal. In which case, it may be appropriate for the trader to tighten the stop-loss or take partial profits.

Finally, assess and manage your risk if you see the trend change character at any point, as divergence can lead to trend continuation, consolidation, correction, or reversal.

Using the ADX indicator can provide us with information that is missing from a basic price chart. For example, the ADX helps determine support and resistance levels, which show whether a price is staying within its trend range or significant price fluctuations that may lead to a breakout.

Breakouts happen when an asset’s price has sudden momentum, generally due to increased supply and demand. The difference creates price momentum, whether it is more demand than supply or more supply than demand.

Even though breakouts are not hard to spot, they often fail to progress or end up being a trap. Yet, the ADX can tell you if they’re valid by showing when ADX is sufficiently strong for the price to trend following the breakout.

ADX strategies are helpful for the following:

For example, when ADX rises from below 25 to above 25, the price is strong enough to continue in the breakout direction.

As mentioned earlier, the ADX is commonly used within highly liquid markets. Arguably the most liquid financial market — forex trading. The ADX indicator, when applied to currency trading, helps measure a currency pair’s strength to see whether the instrument will increase or decrease in price. Using this method will reflect its trend momentum and indicate the presence of either an upward or downward trend.

The same strategy also applies to the stock markets. Applying an ADX strategy to evaluate the performance of shares allows traders to see when one is overbought or oversold, according to the sequence of lowering peaks.

The stock market can be immensely volatile, and share prices are often influenced by fundamental factors and economic events such as news reports and performance documents. Subsequently, having an effect on a stock’s price in a rapid timeframe, making it more difficult to use technical analysis tools to predict share value direction. For this reason, the ADX indicator and other trend-based indicators do not work as well for the share market as for other financial instruments.

The ADX vs. the Aroon indicator

The Aroon indicator is another indicator for trend strength that shares resemblances with the ADX. The two indicators are alike in that they both have lines that represent positive and negative directional movement, which helps determine trend direction. However, instead of three lines, the Aroon indicator has two lines: an ‘Aroon up’ line that measures the strength of the uptrend, and an ‘Aroon down’ line that measures which measures the strength of the downtrend.

Pros & Cons of the ADX

As with most other technical analysis tools, the average directional index, too, comes with its own set of unique advantages and disadvantages. Therefore, it’s crucial to understand where this trend indicator excels and where it fails to get the most out of its use.

To sum up, the ADX is one of the most reliable trend strength indicators and has helped many traders determine ranging markets correctly and avoid being enticed into buying false breakouts or investing into markets that are essentially flat and going nowhere.

While the ADX calculations are complex, the interpretation is straightforward, but successful implementation takes practice. Like any technical analysis tool, the ADX should be combined with price analysis and potentially other indicators to help filter signals and manage risk.

What is the ADX?

What is the ADX used for?

Firstly, the ADX is used to determine if a market is even trending rather than simply fluctuating within a range. Secondly, to determine the trend’s strength in a trending market. Finally, it is also often used, as other momentum indicators are, to indicate a potential market reversal or trend change.

What to look for in strength readings?

What are its limitations?

The ADX is a lagging indicator, meaning a trend must have established itself for the ADX to generate a signal that a trend is underway. Moreover, the ADX indicator alone won’t supply enough data to be used on its own and can provide false signals when used on shorter periods. 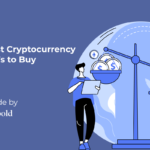 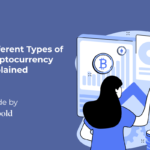 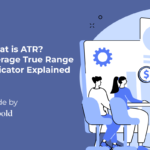 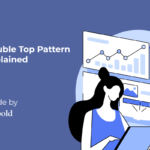