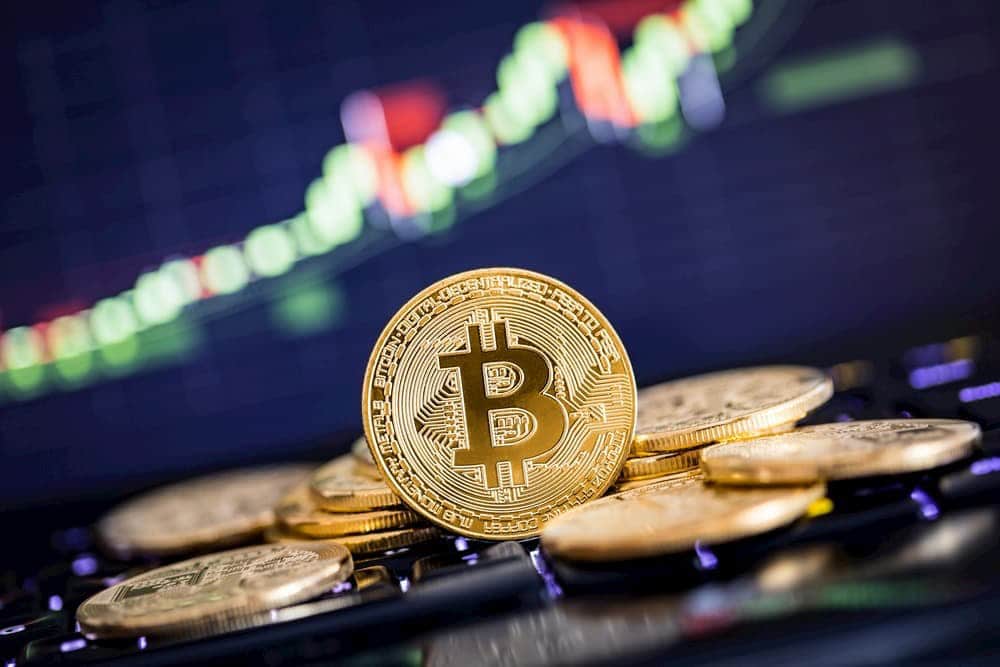 Since then, Bitcoin’s volatility has been remarkable, and the market has seemed reactive and unstable, with the Fear & Greed Index showing a high level of doubt and uncertainty.

Bitcoin’s price has fluctuated between $35,000 and $45,000 since January 5, a modest range given the currency’s history of volatility. Consequently, this might be the beginning of a long-awaited stabilization period for the flagship digital asset.

Considering the present geopolitical climate, growing inflation, interest rate hikes, and rising energy prices, many industry professionals are already speculating about where the price of Bitcoin will be by the end of 2022 as many people seek out a hedge against inflation and a safe haven asset.

So, what will the value of Bitcoin be at the end of 2022 look like? In light of the present market environment, let us take a closer look at the top experts’ picks to better predict its price at the end of the year.

​​A report by Bloomberg published on February 6, 2022, indicates that Bitcoin is poised for further price growth despite starting the year with a massive correction.

According to the Bloomberg Intelligence: Crypto Outlook report, the moving demand and supply statistics will have an impact on Bitcoin’s potential price spike.

“Next key Bitcoin threshold may be $100,000. Bitcoin is more likely forming a floor than a ceiling, which means range traders accustomed to $30,000-$60,000 may be disappointed,” the report adds.

By rules of economics, a market with rising demand and a shortening supply will go up over time. Suggesting that Bitcoin may go up again as a bottom forms around $30,000 and as resistance at $60,000 ages.

Conversely, the investment giant Invesco predicts the Bitcoin bubble will burst in 2022, and trade below $30,000, citing reduced interest from investors.

Considering that Bitcoin has witnessed increased volatility in 2021, the investing giant linked the expected Bitcoin bubble burst to the 1929 crash while also saying that the current mass marketing of the asset is losing momentum.

“The template also suggests that bubbles typically deflate for a further two years. Hence, we think it is not too much of a stretch to imagine Bitcoin falling below $30,000 this year (with the health warning that we have got this wrong before and that it seems to be going through a series of bubbles),” Invesco said.

Hong Fang, the CEO of cryptocurrency exchange OKCoin, has said that Bitcoin’s price objective of $100,000 is still in play, despite the fact that the cryptocurrency’s price is highly susceptible to market fluctuations.

Fang predicted that Bitcoin would reach the mark provided the asset’s fundamentals stay in place. She also predicted that the asset would see short-term volatility owing to events surrounding leveraged products and derivatives.

“I still believe that the $100,000 price point is reasonable, but the timing can be a bit elusive because we are at the mercy of market dynamics. <…> So I think there’s a lot of elements playing, in the short term, but long term I still think that getting to $100,000 or even a higher price is, shouldn’t be a problem,” said Fang.

Frank Holmes, CEO of investment company U.S. Global Investors, predicted that despite the fact that gold has the potential to climb in value in 2022, he anticipates that Bitcoin would surpass the precious metal, with millennial activity being the primary driver.

According to the CEO, Bitcoin’s capacity to outperform other asset classes in 2021, as well as the price movement, puts the digital currency in a strong position to reach $100,000

Based on millennials’ participation, Holmes states Bitcoin is on its way to becoming the world’s most valuable store of wealth. His claim is that Bitcoin has displaced gold as the preferred store of wealth for millennials.

Cryptocurrency lender Nexo founder, Antoni Trenchev, revealed that there are “two simple reasons” why he believes Bitcoin’s value will have more than doubled from its present levels by the middle of the year.

“I’m quite bullish on Bitcoin. I think it’s going to reach 100k this year, probably by the middle of it,” he said.

According to Trenchev, there are two reasons for his bold projection that Bitcoin would reach $100,000 by the middle of 2022, as the founder pointed out:

“We see institutional adoptions persist quietly, companies building out their treasuries filling it with Bitcoin. And also, the broader theme of macroeconomic realities and cheap money, in my opinion, is here to stay, which is great for crypto, which is an inflation hedge and gold 2.0.”

Prominent crypto trading analyst Michaël van de Poppe believes that Bitcoin will repeat history in 2022 and will continue to run in Q2 2022.

Earlier in 2021, the analysts predicted:

Bitcoin’s value might rise to $100,000-$150,000 in the near future, but the timetable is unknown, according to Balina. The analyst said the introduction of new cryptocurrencies and the growing interest in the metaverse will continue to boost demand for cryptocurrencies, and Bitcoin will rebound in the meantime.

The technical analyst believes Bitcoin can reach $100,000 in 2022. Hyland noted in a tweet that there is a continuing trend of Bitcoin supply leaving major exchanges (probably to be held in offline crypto wallets.)

According to Mike McGlone, deflation could swap inflation in 2022, causing Bitcoin’s price to rise to $100,000. The Senior Commodity Strategist at Bloomberg – thinks that 2022 will be a profitable year for both Bitcoin and gold, and that the principal cryptocurrency will reach $100,000 in value.

Already gold has traded above $2,000 per ounce, while oil has more than doubled in value at more than $100 dollars a barrel this year.

According to the experts, the average price projection for Bitcoin by the end of December 2022 is $118,000. Keep in mind that nine out of ten analysts and industry professionals anticipated a price of $100,000 or higher.

As a result, we derived our results for the experts who provided a price range between two figures by selecting the lowest estimate from their range. Thus, had we had chosen the highest of their price forecasts, the average price of Bitcoin may have been far higher.