Having an investment portfolio of multiple different cryptocurrencies is no longer a new thing, but what about generating income by creating a digital asset? More cryptos are being added to the cryptocurrency market each day which means that anyone with technical computer programming knowledge is capable of creating one.

To help those interested in embarking on this adventure, Finbold has assembled a quick guide to creating their own cryptocurrency, as well as the most important aspects to keep in mind for achieving the best results for this potentially very profitable effort and ensuring its author doesn’t get into trouble.

#1 Establishing a use case

Any new cryptocurrency needs to have a use case that stands out from the others and offers something innovative, as this is the first thing that investors will learn about it. This purpose and the token’s characteristics must be outlined in a whitepaper.

An ideal example is the whitepaper document that the mysterious Bitcoin (BTC) originator Satoshi Nakamoto created for the flagship digital asset, which has been translated into more than 40 languages, including Mandarin Chinese, Bengali, as well as Swahili, Yoruba, Lingala, and Isizulu.

As regulators around the world increase their pressure on the crypto industry, investigations and lawsuits against crypto companies keep stacking up, the most publicized, including those against crypto hedge fund Three Arrows Capital (3AC), the Terra (LUNA) ecosystem, and crypto trading platform FTX.

This is why it is of the utmost importance to make sure cryptocurrencies are not illegal in the jurisdiction where they are created, as well as that there aren’t any laws and/or regulations standing in the way of their creation and operation.

A portmanteau of ‘token’ and ‘economics,’ ‘tokenomics’ is the term used to describe a token’s supply – the number of planned cryptocurrency tokens and their distribution among the creators, other team members, affiliated third parties, and investors.

However, planning the token’s economics also includes making decisions such as their release schedule, means of supply control, method of the initial distribution, as well as whether it will be possible for the tokens to be created after the launch.

Whether an outside expert will be brought in to design and create the cryptocurrency, or it is just a matter of paying for the gas used for its creation on an existing blockchain, the process will inevitably involve some startup costs.

This means planning a budget in advance, depending on how much customization is planned. Launching a token on an established blockchain like Ethereum (ETH) can be done for free or very cheaply, whereas creating a new blockchain can be very expensive.

#5 Deciding on a blockchain

When the blockchain has been decided upon, it is time to establish the nodes – computers connected to the blockchain network, which will be involved in the operation of verifying and processing transactions, as well as recording and distributing data.

There are several things to consider when doing this, including node accessibility (public or private), hosting (cloud network or local nodes), operating system (ideally open source), and hardware (GPUs, processors, RAM, hard drives, and the like).

There are three basic blockchain architecture models – centralized (one central node receives data from multiple others), decentralized (nodes share data among each other), and distributed (ledger moves between nodes) – and one must be selected.

An application programming interface (API) acts as a link between various nodes and/or networks, such as between a crypto exchange and a crypto data collection application, and is typically used in crypto trading, providing data security, or tracking digital assets.

Today, there are plenty of API solutions suitable for blockchains, including NOWNodes, Factom, Bitcore, Infura Ethereum API, Nomics API, and others. That said, bringing outside API experts might be required for this task, as this will require their specific expertise.

According to the recent data retrieved from the crypto tracking platform CoinMarketCap, there were 22,273 cryptocurrencies in existence, crossing the 21,000 milestone back in September 2022, demonstrating a high interest in establishing new cryptocurrencies. Having said that, creating a digital asset is actually the easiest part. The true challenge comes with managing it and fostering its growth. 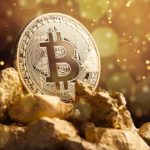