With the cryptocurrency community still awaiting the outcome of the Ripple v. Securities Exchange Commission (SEC) lawsuit, investors are keeping a close eye on the price of XRP heading into 2023.

If the lawsuit is decided in favor of Ripple, for example, this is anticipated to be seen as a bullish sentiment for those looking to buy XRP. As a reminder, the US regulator sued the blockchain company for allegedly illegally selling over $1.3 billion worth of XRP tokens. According to the SEC, the tokens were securities during the sale between 2013 and December 2020.

Both sides have now handed in their closing arguments, which raises the possibility that a resolution may be reached in the near future. James Filan, a defense attorney, disclosed in advance of the verdict that the SEC had submitted a second petition trying to keep certain papers confidential.

The short-term technical analysis (TA) for XRP on the 1-week gauges is bearish as the summary gauge points to a ‘sell’ sentiment at 13 while moving averages (MA) suggest a ‘strong sell’ also at 13.

Elsewhere, the oscillators point to ‘buy’ at three, according to the data obtained from the market analytics platform TradingView on December 28.

Meanwhile on December 27, crypto trading expert Ali Martinez has warned that XRP could be indicating ‘a sell signal’ on its chart based on the TD (Tom Demark) Sequential. In his technical analysis he noted that investors should also anticipate a bearish formation for XRP, an indicator of a possible correction.

“The TD Sequential presents a sell signal on XRP four-hour chart while a bearish divergence forms against the RSI.”

Elsewhere, the Coin Price Forecast, which uses data science and machine self-learning technology for cryptocurrencies, predicts that XRP price in the first half of 2023, will climb to $0.52; and in the second half, the price would lose $0.01 of value and close the year at $0.51, which is +43% to the current price.

Finally, despite the decline in price across 2022, as of December 21, XRP whale and shark addresses holding between 1 million to 10 million tokens increased to 1,617 in the last month of 2022. The holdings elevated the addresses to account for the all-time high share of the XRP tokens held at 7.23%, meaning large scale investors still remain interested in the token. 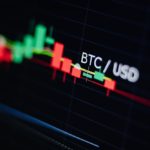