Litecoin (LTC) investors are looking forward to a monumental 2023, a year when the digital asset is expected to undergo its halving event. Indeed, the event is projected to have a bullish impact on LTC’s value.

Overall, Litecoin has been an asset of focus in recent months after demonstrating signs of a bullish breakout.

Moving forward, the machine learning algorithms at the digital asset tracking website PricePredictions projects that Litecoin is likely to sustain a bullish momentum in the coming weeks. According to the 30-day forecast, LTC will likely trade at $84.89 on January 31, 2023.

As per the forecast, if Litecoin attains the price level, it will represent a rally of about 4% from the asset’s price at the time of publishing.

Despite Litecoin taking a hit from the 2022 market downturn, the asset began rallying towards the end of the last year, defying the general bearish sentiment. Notably, the rally mirrored a historical Litecoin trend where is has recorded gains months before the halving event.

Indeed, the prospects of Litecoin in the future have resulted in investors targeting the $100 position. In the meantime, the Litecoin network has also recorded increased network activities in recent weeks.

For instance, at some point in early December 2022, LTC registered the largest amount of dormant tokens being moved in four years. At the same time, the network also exhibited a decrease in the aging of the average token investments. Notably, the two metrics are considered bullish triggers for a price rally.

At the moment, Litecoin has also managed to capitalize on the recent general market minor bull run that acted as a catalyst to reclaiming the $80 position. Currently, $80 is a crucial support position as LTC targets $100.

Elsewhere, Litecoin’s technical analysis is mainly bullish, with the summary recommending the ‘buy’ sentiment at 14. On the one-day gauges, moving averages are for a ‘strong sell’ at 13, while oscillators are bearish at ‘sell’ with a gauge of 5.

Although Litecoin has recorded a sell-off on the daily chart, the token still harbors an overall bullish sentiment. Consequently, interest will be on whether LTC can sustain recent gains. 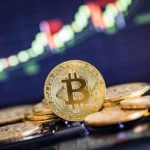