At the beginning of the week, starting on October 17, electric vehicle (EV) producers received a jolt in their stock prices following multiple positive effects. The week was kicked off by positive sentiment after China’s president talked up the technology sector in general.

Lucid Group’s (NASDAQ: LCID) stock price over the week managed to stay flat, despite last week’s positive update on the firm by Morgan Stanley (NYSE: MS) analysts. The banking giant underlined the importance of the relationship between the EV producer and the Kingdom of Saudi Arabia.

“In our opinion, the Public Investment Fund stake in LCID represents a ‘seat at the table’ for the energy transition story that aligns with the KSA’s long-term economic and social reforms of Vision 2030.”

Q4 might not be as impressive as with other EV companies, but the long-term prospect of LCID should be safe with a backstop from the Saudi government.

With the recent stock performance, both the long and short-term trends are negative. In the last month, LCID has been trading in a wide range from $11.87 to $15.68 range, bouncing slightly above all daily moving averages. Meanwhile, technical analysis shows a resistance zone from $13.59 to $13.67.

Despite the positive relationship between Lucid and Saudi Arabia, the relationship is long-term; therefore, expectations for Q4 seem more muted compared to other EV competitors. 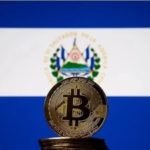